The Marvel Cinematic Universe Is Finally Building Its Own ‘Sinister Six’ 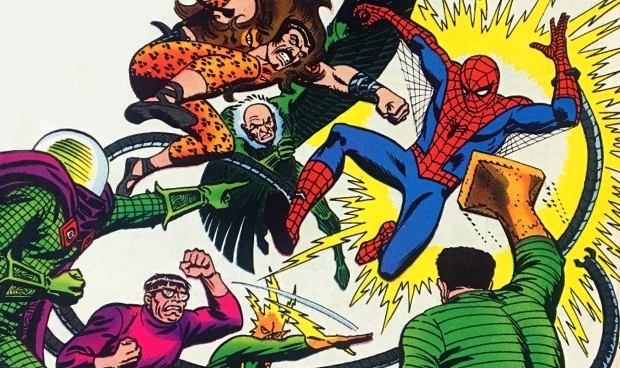 Yesterday, all of the long-running rumors about Marvel Studios’ clearly massive Spider-Man 3 were legitimized, as The Hollywood Reporter confirmed that Alfred Molina will be returning as Doc Ock, while Collider reported that Andrew Garfield, Tobey Maguire, and Kirsten Dunst were all in talks to reprise their respective roles from their various Spider-Man films.

Obviously, given the introduction of actors and characters from other universes, this has massive multiversal implications that I broke down in full detail yesterday. What I want to focus on today a little more micro than how this affects the Marvel Cinematic Universe, and that’s how this affects Spider-Man, specifically.

As we’ve known since the end of Spider-Man: Far From Home, it’s essentially open season on Peter Parker, as his true identity as Spider-Man was revealed by J. Jonah Jameson — yup, the same one from the original Spider-Man franchise — in the film’s post-credit scene.

Ever since that moment, even without all of the multiversal madness, Spider-Man 3 was being positioned to include a handful of Spidey villains likey all gunning for his head. Now, though, given the inclusion of Molina’s Doc Ock and Jamie Foxx’s Electro, there are, technically, six Spider-Man villains in the MCU, thus finally forming the first live-action version of the Sinister Six.

If Mysterio is alive, the MCU's Sinister Six is complete 💥

Is there another Spidey villain you'd like to see added to the chaos? pic.twitter.com/xHZSM3EWmV

Personally, despite his current status of being alive and well within the MCU, I don’t see Shocker being included in any eventual Sinister Six team-up, as the character will likely be replaced by either Jared Leto’s Morbius or a newly-introduced Spidey villain, such as Kraven the Hunter. Leto’s Morbius film is set to be released in March and it’s already been confirmed that it’s connected to the MCU, so it’s possible we see the gap further bridged in that film.

RELATED: Daredevil Rumored To Return To The MCU, Will Debut In ‘Spider-Man 3’

We’ll be breaking down all of this massive Spider-Man news on an emergency Post Cred Pod episode that’s dropping later today, so make sure to subscribe and check that out.