The Story Of How Natalie Portman Came To Be The Next Thor, Plus What She Might Look Like As The God Of Thunder 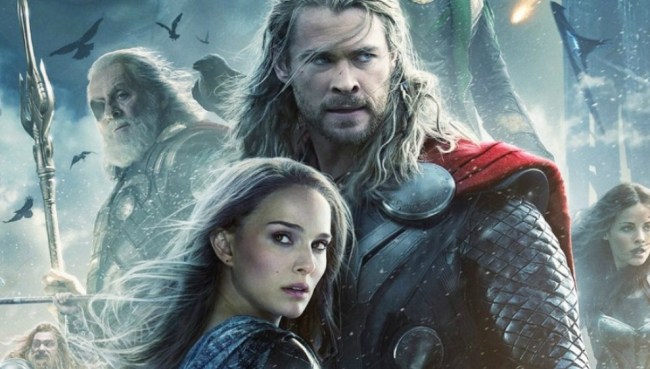 Three years ago, Natalie Portman stated that she was done appearing in Marvel movies.

Little did she know that not only was she NOT done playing Jane Foster, she is going to have a whole damn Marvel blockbuster centered around her when she returns as Mighty Thor in Thor: Love and Thunder.

So, how did Portman go from thinking she was done with the MCU (her appearance in Avengers: Endgame was was just old footage leftover from Thor: The Dark World) to being the focus of one of Marvel’s Phase 4 tentpole films?

According to MCU boss Kevin Feige, it was very simple, “She’s always stayed in contact with us.”

Portman’s return to the MCU after a six-year absence was reportedly done in secret six months ago. Feige added “when Taiki [Waititi] had this idea and pitched it to her, she was in right away.”

Okay, how about a better question then? Why go in this direction with the Thor franchise?

“We love [The Mighty Thor] story — it’s one of the best comic runs recently,” Feige explained to CNN. “[Director Taika Waititi] would flip through and read that run while he was doing Ragnarok. And I think when he agreed to come back and do another Thor, he was like, ‘How do we–?’ This is a very big movie that’ll be folding in a lot of elements. That is a huge important part of it. He pitched it to us, and we were totally in. We loved it. We’d been in touch with Natalie. She’s part of the MCU family and we put she and Taika together. It took one meeting and she agreed to do it.”

Check out a few artist renderings of what Portman might look like when she wields Mjölnir when Thor: Love and Thunder hits theaters on November 5, 2021.