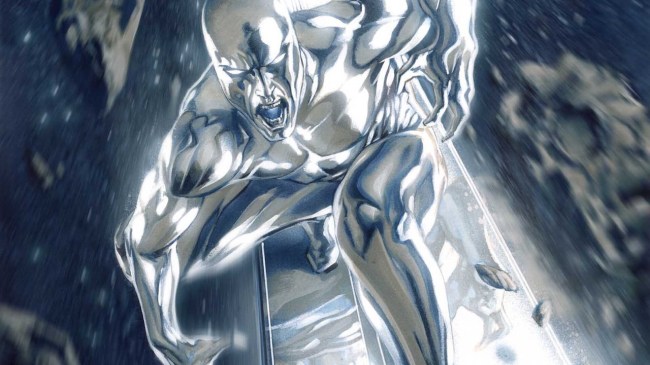 Following the conclusion of the Infinity Saga with Avengers: Endgame, the Marvel Cinematic Universe was in a position that it hadn’t been since it first began back in 2008: wide open.

With many of their founding heroes — including the likes of Iron Man, Captain America, and Black Widow — having been essentially removed from the main narrative of the MCU, Marvel Studios found themselves with what amounts to a generally blank slate.

Combine that with their monopolizing purchase of Fox — which brought characters such as the X-Men, Fantastic Four, and Deadpool into the fold — and you realize just how much the MCU is about to change.

Now that they’re finally able to introduce their own versions of iconic characters such as Wolverine, Magneto, Professor X, and Doctor Doom, Marvel Studios is likely wasting no time when it comes to putting these films into development.

And according to a recent report from Geeks WorldWide, longtime Fantastic Four ally Silver Surfer is set to be near the top of that list, as Marvel Studios is reportedly in the midst of developing a film about the cosmic character.

The GWW’s sources have heard that Marvel Studios is actively developing a Silver Surfer movie.

We at the GWW previously reported on Fantastic Four movie being developed for a 2022 release. Silver Surfer is commonly associated with the Fantastic Four, but is also a major part of Marvel’s cosmic mythos. MCUCosmic has also previously reported a rumor on characters such as Tyrant and Galactus coming to the MCU, and due to their strong ties to Silver Surfer, a solo film makes sense.

Marvel Studios is looking to greatly expand its cosmic side with the addition of these characters, and other cosmic characters such as Nova are also in development. [Geeks WorldWide]

In recent years, Anchorman and The Big Short director Adam McKay has expressed interest in the character, telling MTV’s Josh Horowitz in 2018 that Silver Surfer is the comic book character he’d most want to adapt:

“Silver Surfer is the one I want to do, man. I would do anything to do Silver Surfer because, visually, you could do what the Wachowskis did with Speed Racer with the Silver Surfer,” McKay said.

“At the same time, there’s a great emotional story in there, man, where Norrin Radd [Silver Surfer] has to make the choice to save his planet.”

With both the Fantastic Four and Galactus on their way to the MCU, Disney introducing the Silver Surfer into the fray as well only makes sense.