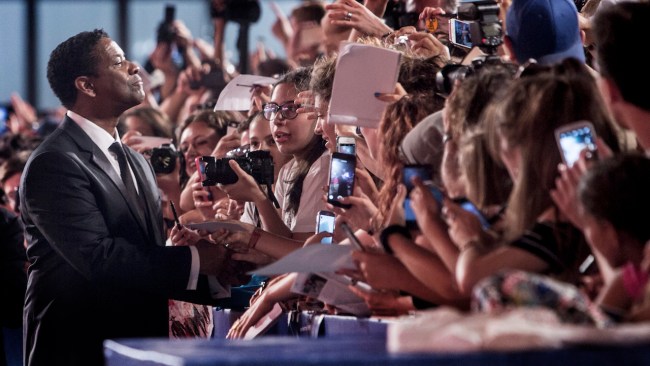 Earlier today, I brought you the rumor that Marvel Studios was reportedly considering casting people of color in the roles of Magneto and Professor X when they reboot the X-Men franchise.

For what it’s worth, I think it’s an excellent idea, as Marvel has been extremely formulaic with their approach to villains, and throwing a curveball when casting two of their most iconic characters would provide fans with something new and exciting.

Anyway, in that same article about the casting rumors, I pontificated on who I’d like to see in such roles, particularly, Denzel Washington and Will Smith:

Two of the first names that pop into my head are Denzel Washington as Magneto and Will Smith as Professor X, who have both conveniently yet to appear in an MCU role.

Thanks to Training Day, we already know that Washington can do evil extremely well, and due to Will Smith’s general warmth and charisma, we know he has the chops to play a character as compassionate and intelligent as Professor X.

And who would have guessed it, but just hours later, a rumor broke that Denzel Washington is exactly who Marvel Studios is reportedly looking at to portray the X-Men’s most iconic villain.

Marvel might be looking to cast a person of color for Magneto and among the actors on their wishlist is none other than Denzel Washington. That’s according to sources close to WGTC, the same ones who told us Moon Knight and Black Knight were headed to the MCU, long before those two things became official. As such, we have no reason to doubt this intel. [We Got This Covered]

Given that Denzel is as much of a blockbuster actor as he is a prestige drama actor these days — his recent filmography includes two The Equalizer films and a remake of The Magnificent Seven — there’s no reason to believe he wouldn’t be open to getting a check from Marvel Studios.

Plus, out of all the comic book characters out there, Magento is easily one of the most complexly layered and is ripe for the artistic interpretation that an actor of Denzel’s caliber would bring to the role.

While Marvel Studios has yet to make any formal announcement regarding X-Men (or Fantastic Four, for that matter), fans are expecting the legendary team of mutants to make their debut in the MCU after Phase 5 kicks off in 2022.