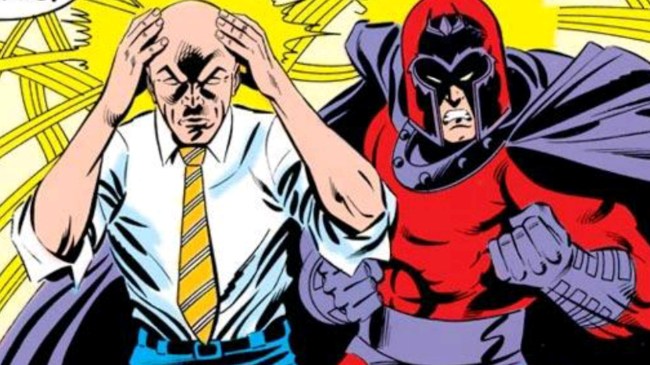 Let me stop all of the bigoted idiots reading this right now as to not waste either of our time: Magneto and Professor X are fictional comic book characters and their race literally could not matter less. You got that? We clear? Good.

Now, on to the rumor that Marvel Studios is reportedly considering casting people of color in the roles of Erik Lehnsherr and Charles Xavier.

The X-Men could have a unique twist to them when Marvel Studios rolls out their inevitable reboot. Kevin Feige and co. are considering having people of color portray both Magneto and Professor X in the MCU, Full Circle Cinema has learned.

While this change wouldn’t alter much for Charles Xavier as he was born in New York to a wealthy family, it may lead to Marvel Studios taking some liberties with Erik Lehnsherr’s origin. In the pages of Marvel Comics, Magneto was born in the 1920s to a Jewish family. During World War 2, Erik was sent to Auschwitz, a Nazi concentration camp. With the current MCU taking place in 2023, it’s difficult to imagine a near 100-year-old Magneto taking on the X-Men. [Full Circle Cinema]

First of all, I think it’s an absolutely eXcellent idea (see what I did there?). For all of their massive, record-breaking success, Marvel Studios has become somewhat formulaic during the last decade, especially when it comes to their villains, so anything they can do to upset the status quo and present fans with something new is a win in my book.

Plus, the X-Men — which debuted in the 1960s — were largely considered to be an allegory for minorities fighting for civil rights, with Magneto and Professor X frequently being compared to the opposing ideologies and methods of Malcolm X and Martin Luther King Jr, respectively.

But which actors could possibly portray either of these two iconic comic book characters? Given that they’re two of the most significant Marvel Comics characters of all-time, the casting choices need to have some serious weight behind them.

So, with that in mind, two of the first names that pop into my head are Denzel Washington as Magneto and Will Smith as Professor X, who have both conveniently yet to appear in an MCU role.

Thanks to Training Day, we already know that Washington can do evil extremely well, and due to Will Smith’s general charisma, we know he has the chops to play a character as compassionate and intelligent as Professor X. And seriously, who says no to that?

At this time, while Marvel Studios has yet to make any formal announcement regarding X-Men (or Fantastic Four, for that matter), fans are expecting the legendary team of mutants to make their debut in the MCU after Phase 5 kicks off in 2022.