Legendary Marvel Writer Claims ‘Kingsman’ Star Will Be The Next Wolverine 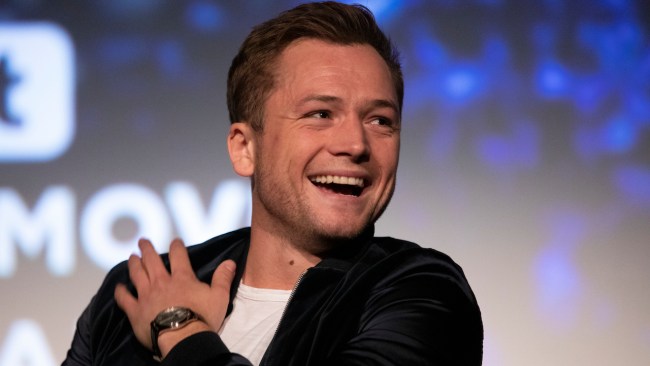 As Logan — Hugh Jackman’s final outing as Wolverine — continues to cede into the past, the question of who will take over the iconic claws grows louder and louder.

Given the tepid manner in which 20th Century Fox closed out their X-Men franchise and the Disney acquisition of the studio, it stands to reason that Wolverine will be one of Marvel Studios’ highest priorities going forward.

After all, on IGN’s list of the Top 100 Comic Book Heroes of All-Time, it’s Wolverine that slots in at number four, behind only Spider-Man, Batman, and Superman.

And one acclaimed Marvel Comics writer thinks he knows exactly who that actor is going to be.

Mark Millar, a heralded comic book writer known for creating legendary stories such as Old Man Logan, Civil War, Kick-Ass, and Kingsman, has made the claim that Rocketman and Kingsman: The Secret Service star Taron Egerton will be the next actor to take up the mantle of Wolverine.

From 2002. Always remember I'm never wrong. PS Taron Egerton will be the next Wolverine 🙂 https://t.co/6OtsLbnWqu

Millar has a knack for this sort of thing, as he cheekily referenced Robert Downey Jr. and wrote Nick Fury (who was largely a white guy throughout his history) as Samuel L. Jackson all the way back in 2002.

While Marvel Studios has been hush about their Phase 4 plans (although that’s likely to change this weekend at San Diego Comic-Con, where they’re expected to drop quite a few bombshells), I’d venture to guess that we see a new, Marvel Studio-ized version of Wolverine by 2022 or 2023 the latest.