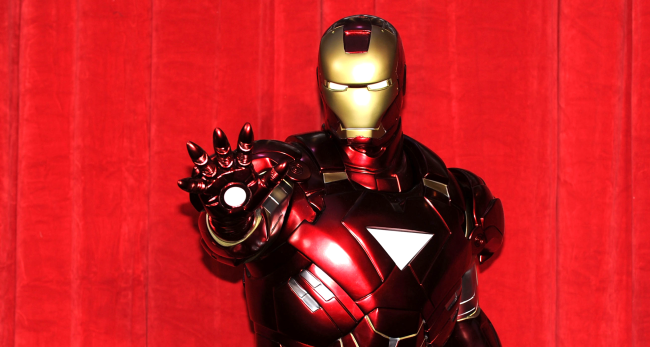 Big day for Marvel. They announce their huge plans for Phase 4 of the Marvel Cinematic Universe, including the Fantastic Four, and it has been revealed that they are being sued by Canadian comic book publisher Horizon Comics for allegedly stealing the costume designs for Iron Man.

Horizon Comics and its founders Ben and Raymond Lai have filed a lawsuit against Disney and Marvel Entertainment over the costume designs used in the Iron Man, Ant-Man, and Avengers films without consent or compensation.

In the lawsuit, Horizon, which was founded in Montreal in 1995, is seeking an injunction “to put an end to this deliberate and persistent infringement, and to order the defendants to pay compensatory and punitive damages to the plaintiff, in addition to Horizon’s costs, including solicitor-client costs.”

They claim that the costume designs they created for the three-volume Radix series published by Image Comics from December 2001 to April 2002 were stolen and used by Marvel after the publisher’s current editor-in-chief C.B. Cebulski tried to hire the Lai brothers to work as artists for Marvel, but was rebuffed.

“We started Radix in 1995 with the goal of creating something unique. It was with Radix that we became known and recognized in the American comic book industry. We made a name for ourselves. It allowed us to work all over the place, including Marvel,” the Lai brothers said in a statement.

Image Comics is a direct competitor of Marvel and publishes the Spawn series, in addition to the titles in question.

According a previously filed lawsuit, Radix “gathered substantial interest in the comic industry and sold tens of thousands of copies in Canada and the USA” and Iron Man’s costume in the superhero’s third movie was “strikingly similar to the suit worn by a Caliban, one of the characters portrayed in Horizon’s Works Radix 1.”

That lawsuit was partially dismissed, but Horizon said it did not have the funds to continue its legal challenge at the time so it was dismissed.

This lawsuit has not only the third Iron Man film among its claims, it also cites Avengers: Infinity War and Marvel’s Ant-Man and Wasp.

It claims that Iron Man’s suit in Avengers: Infinity War and other films “consistently appropriated Horizon’s works” and “is now substantially similar to that of the Radix character Maxwell.”

They also state that they costume designs in Marvel’s Ant-Man and Wasp are copies of one of Horizon’s military characters in Radix 2.

“Neither Horizon or the Lai brothers have provided any form of consent, explicit or implied, for the reproduction of their Works,” the lawsuit alleges. “To the contrary, Horizon previously instituted a full legal action in the United States to enforce its rights in part of the Works. After this first legal claim, Marvel infringed on Horizon’s copyright in an even more egregious manner.”