Mary-Kate Olsen Is Filing For Divorce From Her Husband, The Brother Of The President Of France 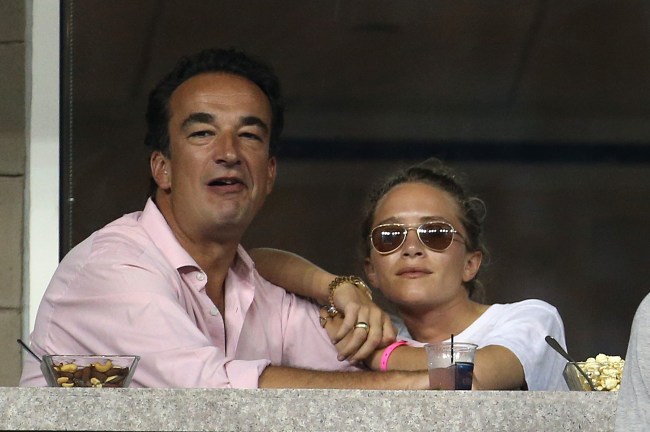 Sad news today out of New York City, where Mary-Kate Olsen has filed for divorce from her husband, Olivier Sarkozy. Gotta start with the size of his melon. Far be it for me to dome-shame as I’m a 7 5/8ths guy myself, but LOOK at his head! Compared to Mary-Kate’s, it looks like a watermelon next to a kiwi. You rarely see marriages work out with such a startling discrepancy in head size.

With that said, did anyone know that Mary-Kate Olsen was married? W.E.B. Yaboi had NO idea, but I guess this would fall in the back pages of celebrity gossip mags. And not only married, but married to a French banker 17 years her senior. And not only a French banker 17 years her senior, but the brother of the former president of France. AND he studied medieval history. Getting a real Mr. Big vibe from this guy.

Mary-Kate says her attorneys got an email from her husband, Pierre Olivier Sarkozy‘s attorneys this week giving her a May 18 deadline to get her stuff out of their NYC apartment. She claims Pierre is trying to force her out, because he terminated their lease without her knowledge.
She says she’s been asking Pierre to give her until May 30, but claims he hasn’t responded.

In the docs, obtained by TMZ, she says she can’t meet the deadline — this coming Monday — because of quarantine guidelines in the city. Mary-Kate says the only way she can protect her property is if she’s to file a divorce petition. That would trigger an automatic court order preventing him from disposing of her property.

Ah-Ha! Take that, Pierre. You terminate MK’s lease, she’ll hit you with divorce papers. Poor girl needs more time to pack. It takes time to turn a full house into a half. lol.

Good one to end on. Have a weekend folks.