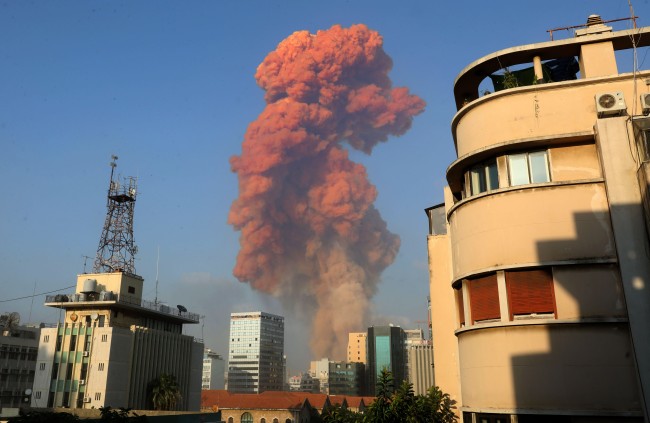 early reports out of Beirut say this was an explosion at a fireworks factory. unbelievable. pic.twitter.com/hvRm4DOP44

Holy shit. That’s the biggest explosion I’ve ever seen that wasn’t some kind of weapons test. We can only hope that as many people as possible were able to evacuate the area before the blast, but I’m sure there are going to be a lot of casualties from this. The blast was so big that injuries are being reported from pretty far away in the city. This JUST happened, so early reporting about the cause is uncertain. Some are saying fireworks factory, others are saying a grain silo on the port. We’ll continue to update this blog as the news comes in.

Impact of explosion in hamra pic.twitter.com/6cQIJrDa5l