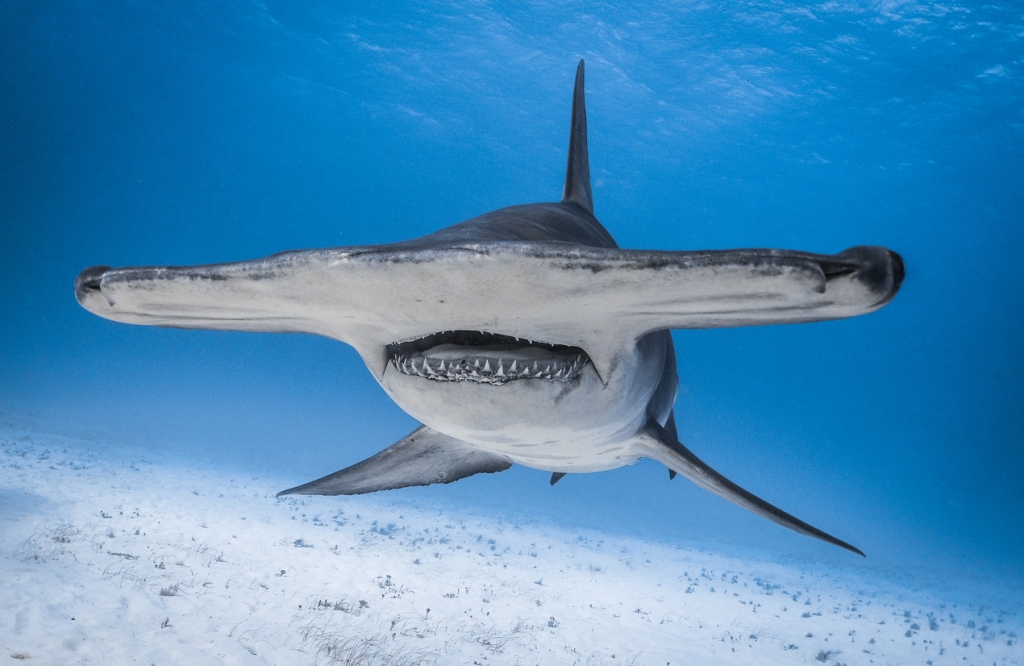 When most people talk about the biggest sharks in the ocean, the discussion often starts and ends with the great white shark. They get the lion’s share of attention during Shark Week and in the media, even though the whale shark is bigger, but the hammerhead shark is often an afterthought despite growing to truly massive sizes.

How big can Hammerhead Sharks really get???

An adult hammerhead shark can grow up to 20 feet in length and weigh over 1,000 pounds. As a kid growing up in Florida, there were always rumors of unconfirmed sightings of hammerheads that were the size of boats in and around Boca Grande Pass.

A family friend claimed to have once been kayaking that area and been hit by something sideways (kayaking at night) that struck their boat with the force of a train. They believed it to be a massive hammerhead but I’ve always taken it as just another instance of how legend and lore seem to uniquely follow this shark species.

This footage below comes from Orange Beach, Alabama. And this is an excellent look at how big hammerhead sharks can get. The massive shark here was chasing a stingray, one if its favorite meals, within just inches of the shoreline with lots of people standing on the beach watching it all unfold.

Truck-Sized Hammerhead Shark Shocks Onlookers As It Chases A Stingray

And here’s a TODAY Show segment on this and other recent close encounters:

It’s 100% worth mentioning that while the footage is shocking, there’s no reason to suspect anyone was in danger. The shark was chasing a stingray as its next meal and people just so happened to be in the area.

How does this hammerhead compare to others?

This is definitely a BIG hammerhead shark, in the grand scheme of things. From the vantage point we can see how that shark compares in size to all of the people standing near the water and it’s massive. There were also apparently around 15 sharks spotted in that same vicinity throughout the day.

As for the largest hammerhead shark of all time, it was a 14-foot-long female caught off Boca Grande, Florida back in 2006. That shark weighed 1,280 pounds! Though scientists attribute a lot of that weight to it being a pregnant female with around 55 pups in her belly.

For more on how big these sharks get, check out this one caught on the beach in North Carolina in October of last year. The angler said it was like being ‘hooked to a car’ reeling it in.

As a good rule of thumb, if there are a lot of small baitfish or lots of any species of fish or stingray in the water it’s good to just be on the lookout. Sharks don’t go looking for people. They simply don’t. But if there are a lot of stingrays in the area making for an easy meal, or huge schools of baitfish, they will be drawn to that.

Look at this absolute unit https://t.co/98MhZss7c9