In A Massive Victory For Men, It’s Finally Cool For Us To Paint Our Fingernails 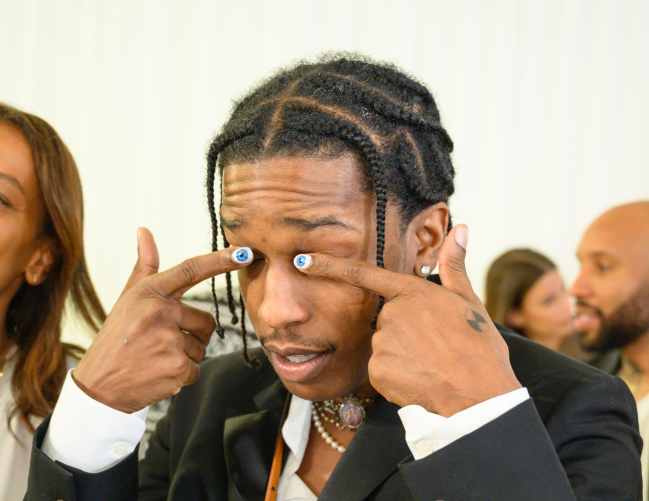 Remember when painted fingernails were just for ladies? Not no more. Step up, brother man, and flash those shiny scratchers for all to see:

The last 12 months have been a watershed period for nail polish-wearing men. A$AP Rocky rarely stepped out sans freshly painted nails; Harry Styles was spotted sporting a bright manicure in both paparazzi photos and on the cover of Vogue. Of course, famously well-dressed dudes painting their nails is not a new phenomenon: David Bowie proudly rocked a manicure throughout his Ziggy Stardust phase—ditto, at various points in their careers, Dennis Rodman, Lou Reed, Kurt Cobain, and a whole host of now-iconic arbiters of against-the-grain cool.

What is new, though, is the sheer number of guys who’ve wholeheartedly embraced the move, making a fresh coat of polish yet another asset in the ever-expanding grooming arsenal of the contemporary dude. Imarni, the proprietor behind a buzzy London-based salon of the same name, says guys have been requesting ever-more elaborate work for months now, often on only one or two nails instead of the whole hand.

When I was a little boy, bored in class and with zero understanding of sexuality/gender norms, I would often color my nails in with a pen. Usually a blue pen, or perhaps a red one. If you painted your nails with black, everyone thought you were a goth. And goths were not cool back then; they were scary.

One time, a girl saw my doodled nails and mocked me for them. “Boys don’t have painted nails,” she screamed before dumping a milk carton down the back of my shirt. I can’t remember her name but I think she’s in the UFC now.

I rode the bus home, sobbing in the front, sopping in the back. I used my wet shirt to wipe the ink off my nails and swore that I would never again allow myself the luxury of decorating my hands as an expression of my soul. I’m a colorful boy. Or a man now, I suppose. And I have always endeavored to express myself through ornaments, gadgetry, and song. But it has been a long 23 years since that fateful day.

And so, with great men like Harry Styles and A$AP Rocky breaking down long-held nail barriers, I hereby declare the upcoming season “The Summer of Male Nails.” We’re going to bring back the Man in Manicure, baby. We’re going to flash our sparkling, bedazzled talons with gusto and flair.