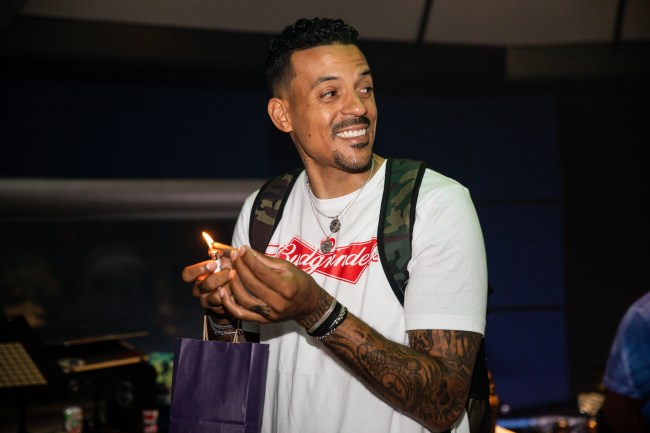 All Matt Barnes wanted to do was state his basketball opinion and move on with his life. That plan quickly dissipated when a man by the name of Drew took great offense to Barnes calling out Patrick Beverley for his failure to contain Kevin Durant. And since social media gives trolls direct access to public figures, the exchange ended with a physical threat by a former professional basketball player to a guy with the Twitter handle @houstonhermes, who in his bio claims to have been banned from Tinder three times.

I really gotta hand it to both Barnes and @houstonhermes–this is one of the most entertaining, hard-hitting Twitter spats I’ve seen in a while.

This exactly why Derek Fisher be fucking ya baby momma you slow corny motherfucker fuck you for ruining all those Lob City squads with your shitty defense https://t.co/lGYrZvLgZz

After you done being mad go wash that green off your neck from that fake ass chain Bitch!

Derek Fisher crashed your car getting head from your wife and you not in the NBA no more so now you arguing with my broke ass. Dweeb ass nigga

I retired dickhead.. 15yrs & still being paid until November 2020! You gotta do better than DFish jokes. He already caught these hands. You can be nxt 🤷🏽‍♂️

The amazing thing about this is that these two humans beings will never have another exchange their entire lives. They’ll say the meanest shit they can think about each other and in 48 hours, forget the other person exists.