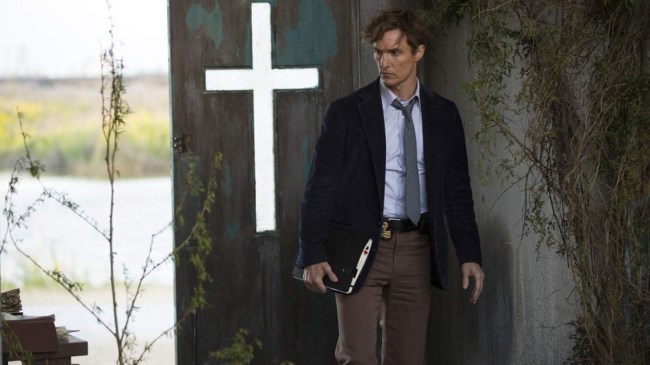 According to a report from Deadline, FX has obtained the rights to Redeemer, the latest project from True Detective creator and writer Nic Pizzolatto. In addition to the acquisition of the McConaughey-starring drama series, Pizzolatto signed an overall deal with Fox 21 Television Studios and FX Productions and McConaughey signed a first-look production deal with FXP — all of which are now subsidiaries of Disney.

“I’m very excited at the opportunity to work with Matthew again, and really grateful and thrilled to have the chance to create new shows for Fox 21 and FX,” Pizzolatto said.

The series, which inspired by Patrick Coleman’s debut novel The Churchgoer, “stars McConaughey as a minister-turned-dissolute security guard whose search for a missing woman in Texas leads him through a corruption-steeped criminal conspiracy, as his past and present impact and entwine around a mystery of escalating violence and deceit,” Deadline reports. Sure sounds like True Detective, doesn’t it? Sign us UP.

Prior to his move to FX, Pizzolatto has written the first three seasons of True Detective, in addition to penning the films The Magnificent Seven, Deadwood, The Guilty, and Ghost Army.

“We’re very proud of the work Nic did for HBO, and we wish him the best in his new endeavor,” HBO said in a statement.

Redeemer will mark the Academy Award-winner’s first starring role on television since he starred in the first season of True Detective during the height of the McConaissance back in 2014.

At this time, it is unclear when production on the series will begin.