Matthew McConaughey Is Considering Running For Governor Of Texas In 2022 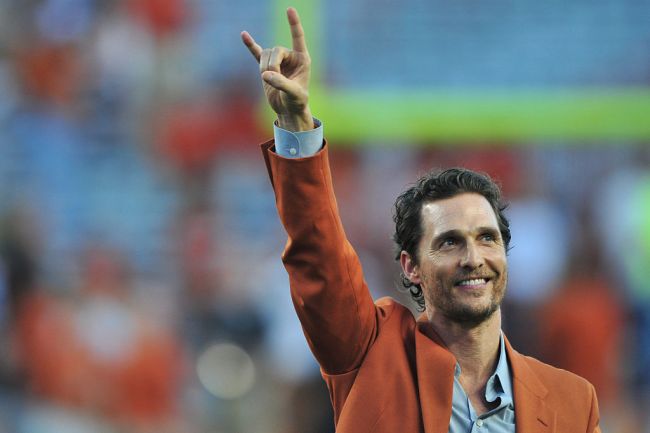 ““It’s a true consideration [running for Governor]. I’m looking into now again, what is my leadership role?” said the 51-year-old McConaughey to CrimeStopHouston’s The Balanced Voice. “Because I do think I have some things to teach and share, and what is my role? What’s my category in my next chapter of life that I’m going into?”

This isn’t the first time that McConaughey has floated the idea of running for Governor of Texas, as he previously told The Hugh Hewitt Show that he could be interested in a political future.

“I don’t know. I mean, that wouldn’t be up to me. It would be up to the people more than it would me,” McConaughey said. “I would say this. Look, politics seems to be a broken business to me right now. And when politics redefines its purpose, I could be a hell of a lot more interested.”

Texas’ current Governor Greg Abbott is up for re-election next year, meaning McConaughey will have to make his decisions soon if he plans to run.

As a movie fan, I’d personally rather see McConaughey using what’s left of his leading-man prime to rediscover the incredible acting form he showed during the McConnissance, and then transition into politics into his 60s. This man remains one of the best actors of his generation and losing him to politics would be a devastating blow for the art form.

That said, there are far more important things in life than film, so if McConaughey thinks it’s his time to give back to the people of his home state, all the power to him. I don’t know much about Texas, but I do know that McConaughey is an icon down there and would make for a likely-formidable candidate.