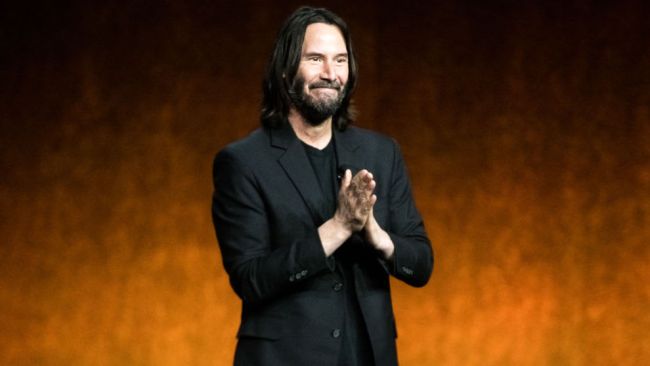 Earlier this week, a particularly strange quote about Keanu Reeves — one of the most likable people in the history of movies — from Matthew Perry’s upcoming memoir went massively viral.

In his book, titled Friends, Lovers and the Big Terrible Thing, Perry wonders why the likes of River Phoenix and Heath Ledger have passed away, but “Keanu Reeves still walks among us?”

“Why is it that the original thinkers like River Phoenix and Heath Ledger die, but Keanu Reeves still walks among us?” Perry writes in his memoir, which is releasing on November 1.

After the general culture got wind of Perry’s comments, the former Friends actor got immediately crushed for it, and as a result, as wisely put out an apology.

“I’m actually a big fan of Keanu. I just chose a random name, my mistake. I apologize. I should have used my own name instead,” Perry said in an official statement on Wednesday.

Needless to say, this was a wise move from Matthew Perry, as Keanu Reeves is famously one of the nicest and most well-liked dudes in Hollywood. It’s almost as if Perry couldn’t have picked a *worse* allegedly random name.

As for when fans of Reeves can expect to see him on the big screen next, John Wick: Chapter Four (which will reportedly be subtitled “Hagakure”) is scheduled to hit theaters in the United States on Friday, March 24, 2023.

In addition to John Wick: Chapter Four, Reeves is also set to begin work on John Wick: Chapter Five, a sequel to his 2005 cult hit Constantine, and a live-action adaptation of his own comic book BRZRKR for Netflix. Despite now being close to 60-years-old, the ageless Keanu Reeves is in the prime of his career.