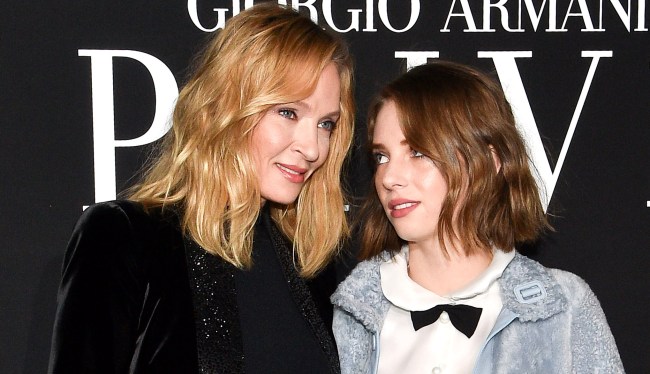 Ready for another sob story from a Generation Z kid who was born into immense wealth, fame and nepotism about how terrible the world is for them today?

Because if you are, Maya Hawke, the daughter of very successful actors Ethan Hawke and Uma Thurman and one of the stars of Stranger Things, is here for you.

A little more background… Hawke, 21, got her education at the Juilliard School, her first job was doing modeling for Vogue and Calvin Klein, and her first acting role was in a BBC miniseries adaptation of Little Women.

So yeah, Maya has had a very rough life. And she’s here to tell you why in the latest edition of Nylon.

Inside, well, not inside per se because print magazines are dead, but in this digital edition of Nylon, Hawke blames her parents’ generation for ruining everything.

Based on the changes she’s observed since the early-2000s and today, the path to Hollywood superstardom has all but vanished — even for those with a head start. When Thurman and Hawke were young, she explains, there was a concrete class of capital-M, capital-S Movie Stars. “It just used to be more glamorous,” she says, citing higher budgets for big dramatic feature films. “It’s not so glamorous anymore. There’s almost no such thing as a movie star anymore. There can be an appearance of one for a second. Now there’s a bajillion actors with a following. It’s a lot more everyman.” Her parents’ names might help her get jobs, but they won’t catapult her to their blue-chip Hollywood status — the new structure of the industry provides a natural ceiling of its own.

All this talk about the past and the future of Hollywood can be painful for Hawke right now, who is struggling to envision her life past the COVID. “It just seems impossible. I can’t even envision the future where I get on a new indie set. It sounds like it’s a million years away,” she tells me.

“I was talking to my friend the other day about this and we’re just so annoyed at our parents’ generation. They had it so easy. They were all just high and driving around in cool, gas-guzzling cars. Destroying our environment and voting for the wrong people, and having no wars and no plagues and no pandemics. We’re in our 20s, we’re supposed to be having fun, and doing drugs, and partying. But instead… We’re going to SoulCycle and trying to outlive our planet. We have a horrible president, and it’s just really irritating. They really fucked us.”

Wow. That’s really all I can say to all that. Wow.

Talk about living in an ivory tower.

@Maya_Hawke is supposed to be filming Season 4 of ‘Stranger Things’ right now. Instead, she’s holded up with her four younger siblings, alternating chore duties and fighting for real estate on the couch. “I moved out and got my whole life together and became a person,” Hawke says. “And this disease is like, ‘Ha ha ha, just kidding! You’re a kid, and you live with your parents.’” Head to the link in our bio for @cbattan's full interview with our April cover star. ⁠⠀ ⁠⠀ Photographer: @luccoiffait⁠⠀ Stylist: @kattypaldos assisted by @ryancgale⁠⠀ Hair: @peterbutlerhair⁠⠀ Makeup: @gpcbeauty⁠⠀ Manicure: @nails_byely⁠⠀