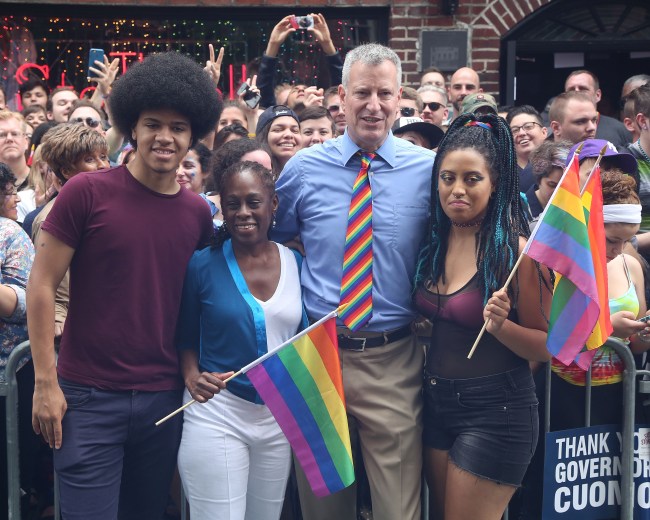 Chiara de Blasio was arrested for unlawful assembly and was later released. https://t.co/1VRS3IEQzV

Last night, Chiara De Blasio was arrested with a bunch of protesters for refusing to leave the street:

The only daughter of the Mayor and First Lady Chirlane McCray was issued a desk ticket for unlawful assembly Saturday night in lieu of detention.

The 25-year-old was one of approximately 100 people who refused to leave the roadway at East 12th Street and Broadway in Manhattan.

She was “issued a desk ticket in lieu of detention.” In other words, she’s the mayor’s daughter. We’ve all called our parents late at night to share some bad news, but something tells me Chiara’s call goes a bit differently…

“Sweetheart? What—what time is it?”

“I’ve been arrested. I’m at the police precinct.”

“Fucking McCafferty. Ok, give me a minute.”

*Literally one minute later, the chief of New York police opening the cell door, handing her an Irish coffee with whipped cream*

“Sorry about that miss. You know how these things go.”

*Sipping the hot drink, whipped cream on the tip of her nose.*

*He licks his thumb and gently wipes the whipped cream from her nose. They both giggle.*

“Give my best to your father. We have a chopper parked in the street to take you home.”

That’s how I like to picture it. Bet she went home with an armful of NYPD hoodies and hats too. Must be nice. But also, it probably alienates her from her pals a bit? Tough to fold back in with the crew when they’re stuck in the slammer overnight, sleeping on metal benches and drinking diluted, tasteless coffee.