Mayor Sends Police To Break Up A Party And Whoops! His Wife Was There 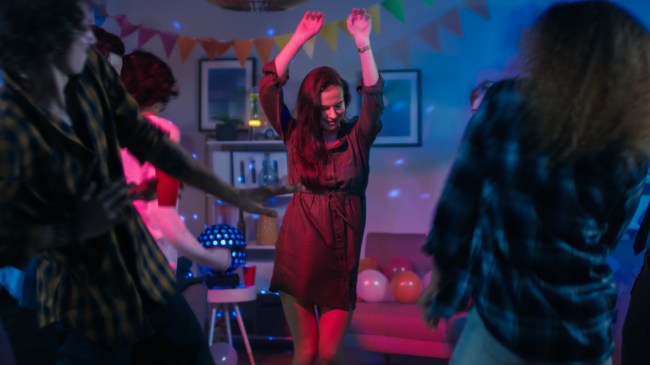 The Alton, Ill., mayor said his wife showed a stunning lack of judgment in violating stay-at-home orders intended to stop the spread of coronavirus. https://t.co/y7zkQXPoBK

Oh no. Poor Mayor Walker. The guy is up to his suspenders in citations because the silly citizens of Alton, Illinois refuse to stop partying. Try as he might, he can’t get them to cool it for a few weeks/months/forever. It feels like the plot of Footloose, vaguely. And sure enough, on Saturday night—the partiest party night of the week, when those crazy kids are all horned up and itchin’ to bust—he gets a call from Sheriff Potter, who tells him he’s lowering the boom against an illegal party.

We can assume there were well over 10 people there. Apparently it was held at a local bar, which echoes prohibition-era speakeasies. I mean this thing sounds downright nasty. Password at the door, keys in the bowl, masks on, unpronouncable safe words, a harpist in the corner and… is that opium? Where the fuck did that guy find opium?

It’s 1AM on Saturday night. Do you know where your wife is?

-Hi Mayor, it’s Sheriff Potter. Sorry to bother you at this late hour.

-That’s—that’s alright. Is everything ok?

-Well, kind of. We got a noise complaint down by the Tipsy Pig. Neighbors said there were a bunch of cars parked on the street and thought they heard the sound of a whip.

-Did you write them up?

-You know the rules.

-See, that’s why I called… your wife is here.

-Did she—what was she doing?

-She was playing some form of Twister.

-Yeah… and it looks like the punishment for the loser was 10 drips of hot wax to the lower back.

-What do you want me to do, Mayor?

-Write her up. No exceptions. You heard the governor.

That’s how I like to imagine it, at least. But if you’re a “realist,” here’s the official statement from the Mayor:

No exceptions. Brant Walker knows how to enact justice, even in his own household. Bravo, Mayor.