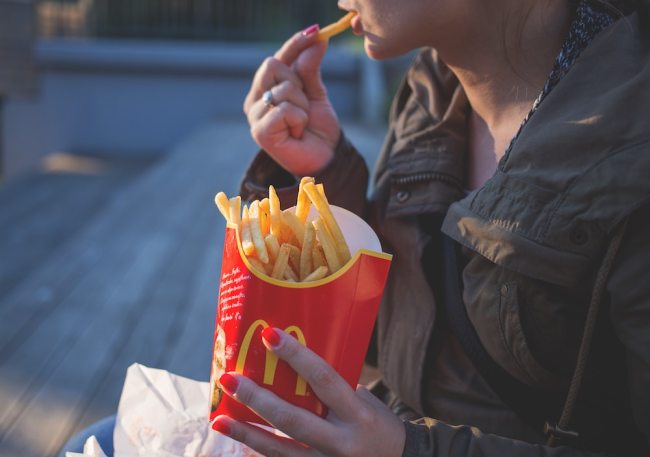 The McJordan meal included a Quarter Pounder with bacon and barbecue sauce with a side of fries and a drink.

Thirty years later, the Golden Arches are getting back in the celebrity meal game, releasing an almost identical meal, this time with Travis Scott.

The Travis Scott meal – available at nationwide McDonald’s locations from Sept. 8 through Oct. 4 – is almost exactly the same as the McJordan.

The meal includes a Quarter Pounder with cheese, bacon, and lettuce, medium fries, BBQ Sauce for dipping, and a Sprite.

The famous rapper announced last week that he’s working with the fast-food giant.

Based on Scott’s past brand partnerships, many insiders expected the collaboration to include a clothing line. Nothing besides the Travis Scott meal has been announced so far.

The company said in a statement, “Travis is one of the biggest musical artists and cultural icons in the world, with widespread appeal and an especially loyal following among young people. We embarked on this journey because Travis is a true McDonald’s brand fan who resonates with youth all over the map.”

If you do run down to your local Mickey D’s to grab the Travis Scott meal, try these french fry hacks to make those little bastards even tastier. And if you can’t finish it all, just toss the burger into the cupboard for 24 years like this woman. It will likely look exactly the same.