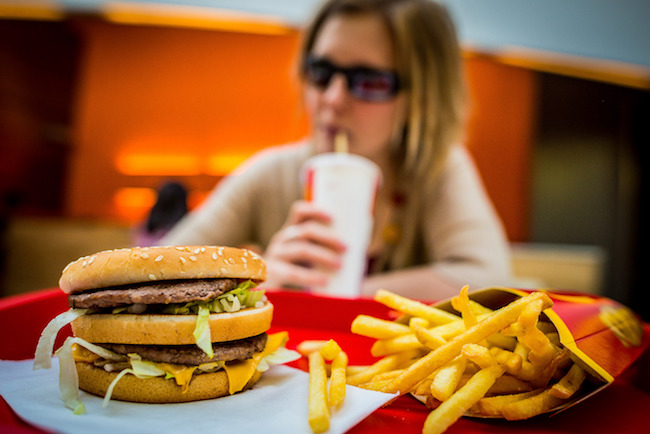 I’ve heard rumors of people who are able to smoke weed without developing the urge to gorge themselves like the morbidly obese guy from Seven, but if they exist, they’re certainly a rare breed. For most people, deciding to get stoned means signing up to inhale unhealthy food in excessive quantities. As Jim Nantz would say: it’s a tradition unlike any other.

Any experienced marijuana connoisseur will have a sizeable stock of munchies on hand at all times, but to paraphrase Jesus: a man cannot live on Cooler Ranch Doritos and Swedish Fish alone. Sometimes, you need something a bit more satisfying.

Smoking weed is the closest a significant portion of the population will ever get to knowing what it’s like to be pregnant— at least as far as the unyielding desire for a very specific kind of food is concerned. It might not be the perfect comparison, but anyone who has related to the movie Harold and Kumar Go to White Castle knows exactly what I’m talking about.

Fast food is the perfect cure for the munchies, and there’s one place stoners tend to turn to more than anywhere else. A recent study of 27,5000 people in 25 markets where weed is legal says that 43 percent of people flock to McDonald’s after lighting up, with stoner staple Taco Bell coming in second as the top choice of 18 percent of the respondents.

Forbes got its hands on the Top 10, which is listed in descending order:

Jeff Price is the VP of Consumer Research Around Cannabis, which conducted the survey in tandem with Green Market Report. He says McDonald’s took the top spot due to the sheer number of locations but noted its competitors could increase competition by marketing specifically to stoners.