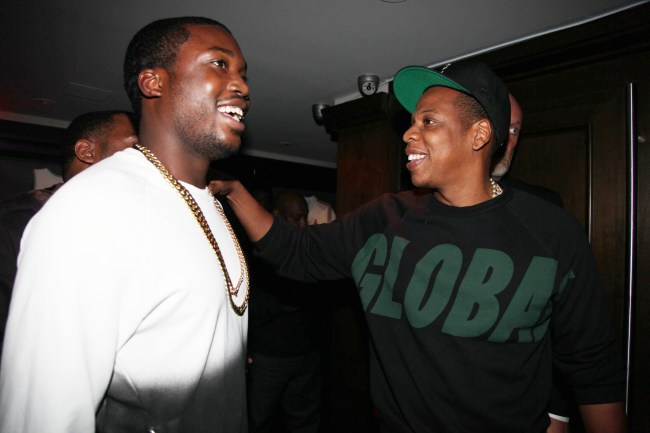 In the summer of 2015, Drake and Meek Mill engaged in one of the most entertaining rap beefs in recent memory. The war of words began when Meek Mill accused Drake of using ghostwriters for his verse on “R.I.C.O.”, which appeared on Meek’s album Dreams Worth More Than Money.

Drake clapped back in a big way by releasing the hugely popular Back to Back freestyle, which garnered massive critical and commercial success, peaking at number 21 on the US Billboard Hot 100 and being nominated for Best Rap Performance at the 58th Grammy Awards. Meek responded with a track called Wanna Know that featured Drake’s alleged ghostwriter, Quentin Miller, but it couldn’t hold a candle to one of the greatest diss tracks ever created.

The two have since buried the hatchet, with Meek swallowing his pride and admitting that Back to Back was genius after the two apologized on a phone call. The Philly rapper also just freestyled over the Back to Back instrumental on Funk Flex’s Hot 97 and made Funk Flex apologize for his role in adding gas to their beef fire.

Now that the bad blood is water under the bridge, Meek Mill reminisces about that period of time with a sense of humor. During an interview on Elliott Wilson’s #CRWN series, Meek Mill shared a funny story about an awkward double date he had with his then girlfriend Nicki Minaj and Jay-Z and Beyonce.

JAY-Z accidentally playing ‘Back To Back’ in front of Meek, with Beyoncé & Nicki is absolutely hilarious to think about. pic.twitter.com/9KTexaGVco

Meek went on to say:

He continued: “Hov got the playlist and he’s clicking through shit and ‘Back to Back’ come on by mistake while we’re at the table. I’m like, ‘Oh shit. What the fuck?’ So Beyoncé, Hov and Nicki, everybody just looking like they don’t know what the fuck going on. I got to take a shit now. I’m like, ‘God damn, the fuck?’ I don’t even know if they remember that, but shit, I remembered that, it was crazy as shit.”

When he realize its back to back but he in too deep pic.twitter.com/7JQzc6Y2up

Jay z when back to back came on pic.twitter.com/GZ6Bv0Inh9