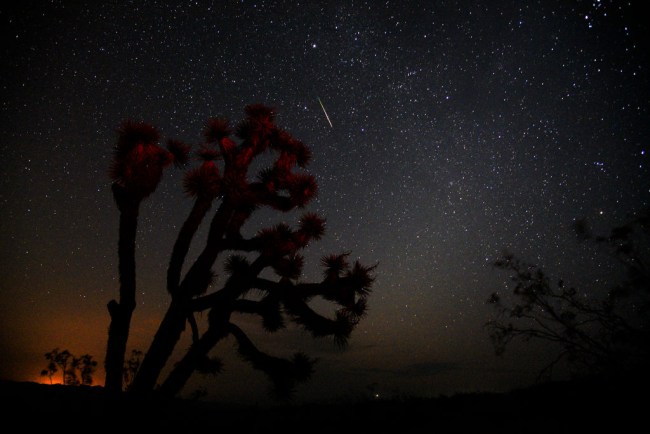 The Earth was attacked by a mighty meteor, but you had no idea. The hurtling space rock smashed into Earth’s atmosphere in December, but we haven’t had photos of the explosion until now.

On December 18, 2018, a sizable meteor smashed into our atmosphere and thankfully disintegrated. The fireball was zooming at the breakneck speed of 20 miles per second until it exploded about 16 miles above the surface of the planet.

The explosion was estimated to have the force of 173 kilotons of TNT or about the same energy released by 10 atomic bombs that were unleashed on Hiroshima and obliterated the city during World War II. The extraordinary fireball explosion is believed to be the second largest of its kind in 30 years.

The reason why the world didn’t capture the fiery encounter with the celestial visitor with their phone or dashcam is because the meteor screamed across the sky over the Bering Sea off the coast of the Kamchatka Peninsula in Russia.

Three months after the meteor slammed into Earth’s atmosphere, we finally are getting what the explosion looked like. While there is no photos or videos from the ground or sea, we do have satellite images of the moment the meteor exploded. Japan’s Himawari satellite was able to capture the moment of impact over the North Pacific.

Some colour views of the #meteor that flew over the North Pacific in December 2018, taken by Japan's #Himawari satellite.
The meteor is really clear here – bright orange fireball against the blue + white background!

The U.S. Air Force detected the meteor in December and notified NASA about the alien rock. NASA had not detected this meteor to scream into our atmosphere, which doesn’t sound like a good thing. NASA noted that blasts of this size are expected only two or three times a century.

To give you an idea of how powerful this meteor was, let’s look at the most powerful meteor fireball in recent times. On February 15, 2013, the most powerful meteor blast in the last 30 years erupted over the city of Chelyabinsk in southwest center of Russia. The Chelyabinsk meteor that was 65-feet-wide had 40 percent more energy released that the December meteor. The explosion caused glass to break, people to be knocked on their feet nad over 1,200 people were injured, some suffering from retinal burns from watching the glowing space spectacle.