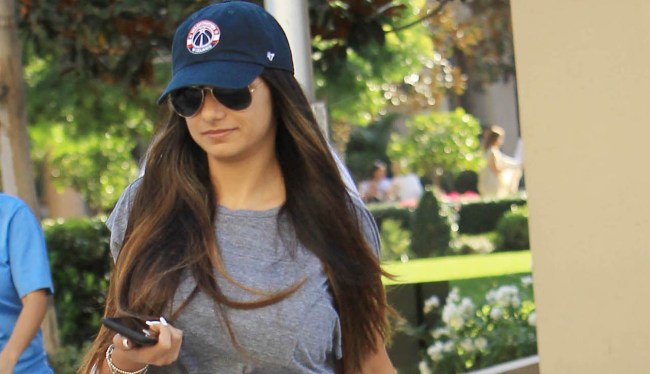 Look, I’m no economist — let’s just get that out of the way. I was relatively competent in math throughout my entire schooling life up until about Algebra II during my junior year of high school and that was a fucking wrap on your boy’s mathematical career. Over before it started. Didn’t even know what hit me.

That said, I don’t need to be John Forbes Nash Jr. — that’s a little A Beautiful Mind joke for your dome piece real quick, you’re welcome — to know that Mia Khalifa saying she only made $12,000 for her time served in the adult film industry is an absolutely mind-blowing figure.

In a tweet promoting her YouTube interview with Megan Abbott, Khalifa revealed that she only made $12,000 for her three months as an adult film star:

According to the University of California-Davis Center for Poverty Research, “the annual earnings for a full-time minimum-wage worker is $15,080 at the current federal minimum wage of $7.25.”

So, using that data, you can calculate (you know, this math shit is pretty easy) that the 26-year-old former adult film star made $3,000 less than the yearly salary of someone working for minimum wage. Yes, she was only in the industry for three months, but similar to dog years, three months in adult film is essentially a full year in a regular career. That line of work will literally wear you down.

How it’s possible that the world’s biggest adult film star — which she certainly was for a good six months or so — is way beyond me. Luckily for Mia, she’s since racked up over 16 million followers on Instagram, which has got to be worth something, right?

You can watch the full Mia Khalifa video (no, not that one, you dog you!) below: