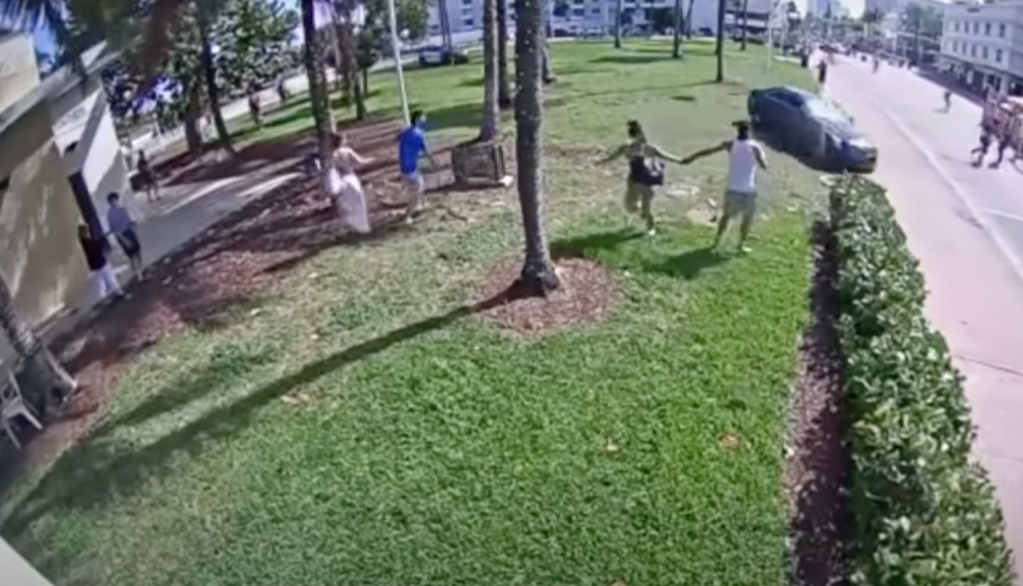 When I think about high-speed police chases my mind immediately goes to Southern California in the late Spring and early Summer. When those temperatures begin to climb and it starts getting hot in SoCal it really does something strange to people’s behavior and minds. Without fail, every year around that time we suddenly see a spike in high-speed chases being broadcast live on the news.

The ‘highs’ have been in the 80s all week in southern Florida and I think it’s no coincidence that this high-speed chase took place in Miami just as the weather has begun to turn and it’s starting to get hot in Florida again. People do crazy things in the heat. And this chase through Miami Beach is nothing short of insanity.

If you’re familiar with Miami Beach geography, the chase takes place from South Pointe Drive and Alton Road to Ocean Drive to Washington Avenue. The driver is a 15-year-old male who was detained along with three female passengers. There are still two others at large according to this tweet from Billy Corben. The tweet (below) shows most of the high-speed chase including all of the dangerous moments but there are some additional news clips below the tweet:

It started when a routine traffic stop led to officers having to pull their weapons and a high-speed chase then unfolded across one of the busiest areas in Florida for foot traffic. You don’t need to have been to Miami Beach to know how many pedestrians there are because you can easily see all of the people in the chase footage above.

Imagine being someone chilling out in Lummus Park on a peaceful Sunday when out of nowhere a stolen car is rampaging across the park and people are running everywhere for safety. That must’ve been truly surreal. Police say they did find a ‘loaded firearm’ and ‘extended magazine’ in the stolen vehicle that is also believed to have been used in ‘several other crimes in the area’, according to WSVN.

The initial driver and another male are still missing. Police are looking for any tips. You can check out that WSVN article above for information on that. They’re offering a $1,000 reward (seems pretty small, tbh) for anyone who can provide credible information that leads to an arrest.