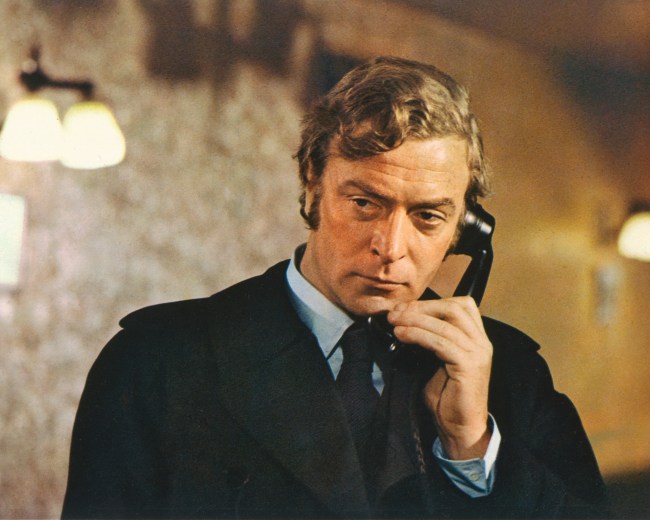 Titled, “Sir Michael Caine: The Personal Collection Sale,” the lot included 183 items from Michael Caine’s career. Everything from movie posters, furniture, fine art, Caine’s signature style of eyeglasses, and more were available for purchase. There were also belongings from Caine’s wife too.

All 183 personal items have since been sold, but there was one item in particular that made auction history—Caine’s Rolex Oysterquartz Day-Date. 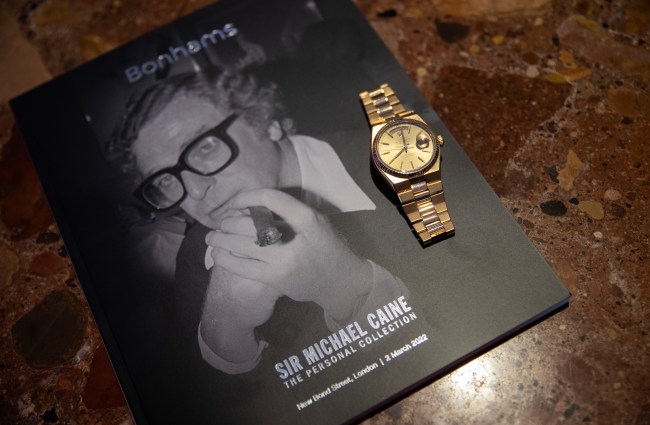 Caine’s watch broke the record for the highest Rolex Oysterquartz to ever be sold at auction. The final number was a massive £125,250 GBP—which is approximately $166,500. 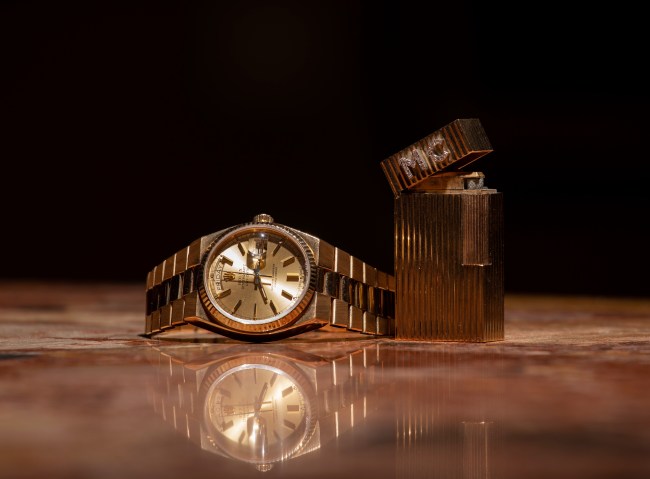 This wasn’t just any Rolex to Caine, it was one of his signature watches. The 18K yellow gold Rolex was worn on-screen in movies like A Shock To The System and Dirty Rotten Scoundrels.

According to Bonhams Global Head of Watches, Jonathan Darracott, there was apparently a bidding war that narrowed down to two individuals in the end,

Darracott: “The Rolex Oyster quartz was a ground-breaking watch cased in typical Rolex style but it was really the stardust of Sir Michael Caine that captured the imagination of our bidders with frenzied bidding until the last two battled for the last few bids.”

Thanks to Bonham’s detailed accounting of each item in the collection I was able to find additional details on Caine’s Rolex.

The Oysterquartz was made a 1979 model and is outfitted with an 18K gold link bracelet. Movement is an 11-jewel Cal.5055 quartz that’s adjusted to temperature, and the case is shaped in tonneau form (which means it’s shaped like a barrel).

As for the watch face, a modest 36mm is the measurement.

Caine’s reasoning for the auction was essentially chalked up to it being time to part ways with much of his stuff. Here’s the full quote on what Caine had to say,

Caine: “It’s going to be quite a wrench to part with so many treasured parts of my life and career, but it’s the right time to be moving on. I hope these mementos will give their new owners as much pleasure as they have given us.”

And here was the promotional video made for the auction that features Caine.

As far as other watches from the collection, Caine’s 1990 Breitling Navitmer Aerospace also sold for around $14,000.

And perhaps the most underrated purchase of the entire auction was Caine’s bomber jacket from The Muppet Christmas Carol, selling for around $2,600.

I’m covering @bonhams1793’s auction of Sir Michael Caine’s personal collection, including his Rolex watch. @michellemgraff and I should pool our money for the real prize here: The Muppet Christmas Carol bomber jacket. pic.twitter.com/ulZViSwswI