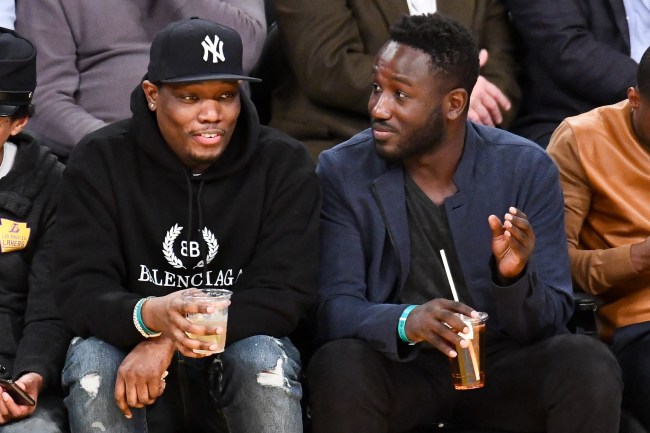 Comedian Michael Che is the co-host of ‘Weekend Update’ on Saturday Night Live with Colin Jost, one of the most venerable roles in TV history. Che was born on the Lower East Side of Manhattan and he was previously a correspondent on The Daily Show with Jon Stewart (also filmed in New York) before joining SNL, a New York institution.

NYC is the epicenter of the world right now for the virus outbreak. New York state has almost 220,000 confirmed cases, the actual number of cases is likely much higher, with 46,000+ hospitalizations and over 14,000 deaths caused by COVID-19. One of those people who lost their lives was Michael Che’s grandmother who lived in a New York City Housing Authority building.

He took to Instagram last night to announce his intention to cover rent for an entire month for every resident, all 160 apartments, at the building his grandmother once lived in and call on local leaders to do more as well:

“It’s crazy to me that residents of public housing are still expected to pay their rent when so many New Yorkers can’t even work. Obviously, I can’t offer much help by myself. But in the spirit and memory of my late grandmother, I’m paying one month’s rent for all 160 apartments in the NYCHA building she lived in.”
“I know that’s just a drop in the bucket,” “So I really hope the city has a better plan for debt forgiveness for all the people in public housing, at the very least.”
“P.S. de Blasio! Cuomo! Diddy! Let’s fix this! Page me!”

One user pointed out that it seemed odd “such a generous and successful grandson” who could afford this move would have his grandmother living in public housing and he cleared that up pretty quickly with this clarification: “LOL. I guess that’s a fair question. But she hasn’t lived in public housing since like 1990, when she moved down south. But that building is very significant in my family history, so that’s why I chose it. I guess I just worded it weird.”

Michael Che grew up in public housing himself on Allen Street in the LES and this isn’t the first time he’s given back to the community in his career. According to Forbes, he hosted “A Night for NYCHA with Michael Che & Friends” at Irving Plaza last year to raise for the NYCHA.

In a 2019 NYT interview, he discussed what life was like growing up there:

“You go without heat. You go without food. You go without doorknobs. You go without everything. Elevators don’t work. There was grease and oil inside the elevators to keep off graffiti, but then you couldn’t touch the wall,” he told the New York Times in 2019 of life in NYCHA housing. “My whole family’s from public housing, so you think all elevators smell like pee. You just think that’s the way it is.”

This is a life-changing gesture from Michael Che to a lot of people who desperately need it right now with the inability to work each day.

For more on Michael Che, you can check out his story of the time he partied with the Most Interesting Man in the World or the time he took $1,000 off designer Tommy Hilfiger for a job he quit immediately.