Aaron Carter Defends Michael Jackson With His Own Revelations, Wants To Punch ‘Leaving Neverland’ Star In The Face 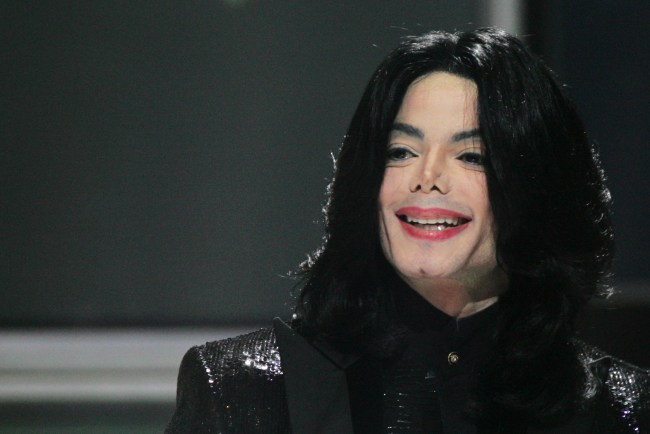 Aaron Carter vigorously defended Michael Jackson against the accusations brought about by alleged victims in HBO’s Leaving Neverland documentary. Carter went so far so to say that he would punch one of Jackson’s alleged victims in the face.

Carter was on TMZ Live on Monday and was asked about the Leaving Neverland documentary. Carter claims that he doesn’t believe that Michael did anything inappropriate to the people in the documentary because they don’t match his relationship with Michael or what he experienced at Neverland Ranch.

Carter was visibly angry with Leaving Neverland star Wade Robson in the interview. “I might be a pop singer, but I’m also from the f*cking South. And you f*cking come at me with some sorry sh*t and you’re lucky I’ve got something to lose now because I would punch you in your face,” Carter said in reaction to an alleged tweet by Robson. “And then maybe I’d ask you, ‘Hey are you telling the truth?’ But I’d punch you in the face first.”

“You’re a grown man and when Michael Jackson is alive, you are backing him, you are up his ass, you’re kissing his ass, you are there to testify for him under oath. And then when he dies, you decide that that’s a good time to come out?” Carter asked. “No. What you’re doing is actually stomping on an icon and a legend’s grave. You’re stomping on his grave. I feel like, why not do it when he was alive, man?”

Carter hasn’t mentioned James Safechuck, the other individual who claimed he was a victim of sexual abuse by Michael Jackson in the Leaving Neverland doc. Carter went after Robson, who alleges that Michael abused him when he was a boy, on Twitter. In one tweet, Carter questions the motives of why Robson came out now with the allegations and hints that he did so for financial reasons.

Legal representation for Robson said the tweet sent from Wade was an imposter and has experienced “several fraudulent postings and hackings” since the explosive documentary aired. But that didn’t stop Carter from going off on Wade and his lawyer on Twitter.

WADE ROBSON DONT DRAG MY NAME INTO SHIT!!! YOU DONT WANT THIS 💨 KEEP MY NAME OUT OF YOUR MOUTH YOU STARTED THIS SHIT

Ok “Wades attorney.” Let’s see if that’s true. Defamation of character is being put on me you better hope wade isn’t attached to that account. MY ATTORNEYS HAVE A MASSIVE RETAINER. so let’s get to the bottom of this. WADE. With your whack ass contingent Attorneys. Lol 🌪 pic.twitter.com/173sCQ4R9z

Carter also revealed that he had slept in Michael’s bedroom when he was 15-years-old. “I stayed at his house, I stayed in his bedroom,” he said. But Carter said his own personal relationship with Michael Jackson was “gentle, beautiful, wonderful and embracing.”

“I remember having the time of my life with Michael,” Carter said of his time with Michael. “I was about 15 years old and I remember him just sitting down with me being like, you know, ‘This is kind of what you gotta do, Aaron, with your future. Be focused, stay driven, always be a perfectionist.'”

In 2005, Aaron gave an interview on the Howard Stern Show where he also vehemently defended Michael Jackson. But in that interview, Carter said that Michael never asked him to sleepover.

Aaron said he was at Michael’s house for his birthday party that had lots of celebrities such as Chris Tucker. Aaron slept in the theater of Jackson’s house. When Howard continues to say that Jackson was a child molester, Aaron says that if Stern doesn’t stop making fun of Michael, he’ll “punch him in the arm.”