Michael B. Jordan Snuck Into Theater To Watch Movie With Fans, Lost A Funny Bet To Lupita Nyong’o 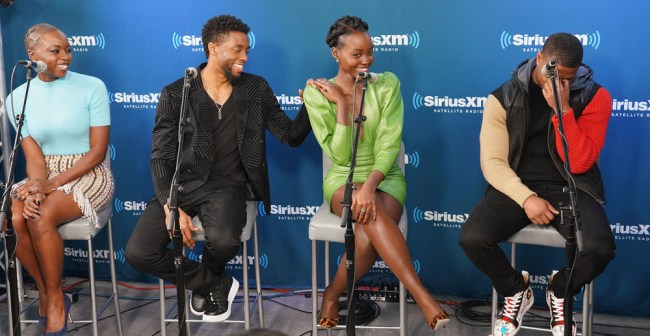 So, that Black Panther movie… it did pretty well over its opening weekend, huh? I think this little Marvel Studios production company might be on to something, because a whole LOT of people went to see their latest movie — as in around $243 million worth just here in the United States.

One of those people who saw the movie over President’s Day weekend was none other than Eric Killmonger himself, Michael B. Jordan. No, he didn’t have some kind of private screening with his friends and family, he just snuck into theaters to watch Black Panther with fans on opening night.

Speaking to Entertainment Tonight at the NBA All-Star Celebrity Game on Friday Jordan shared what it was like to see the movie in a theater with us regular folk.

“Honestly, everybody was laughing, they were yelling at the screen, you know what I’m saying? The gasps, the one-liners, everything was working so it was cool to see it with a normal audience – not at a premiere, not at a press junket. They were really engaged and interacting with the film, so it was good to see.”

Naturally, the reactions to the film, and especially to his portrayal of the movie’s villain, took some of the pressure off of Jordan.

“It is a little relaxing to know people are really liking the performance,” he said. “[Playing the bad guy] was something I’d never really done before so I was anxious to see how it would play and if it worked… it felt good.”

Jordan also had an eventful weekend for a whole other reason too. It seems that he also lost a hilarious bet with with his Black Panther co-star Lupita Nyong’o. They haven’t revealed what the bet was about, but the end result is that Jordan has to drop and do push-ups whenever Nyong’o feels like it.

Here he is backstage at The View, having to do what Nyong’o calls “On call push-ups.”

She also made Jordan do push-ups at a SiriusXM Town Hall last week. 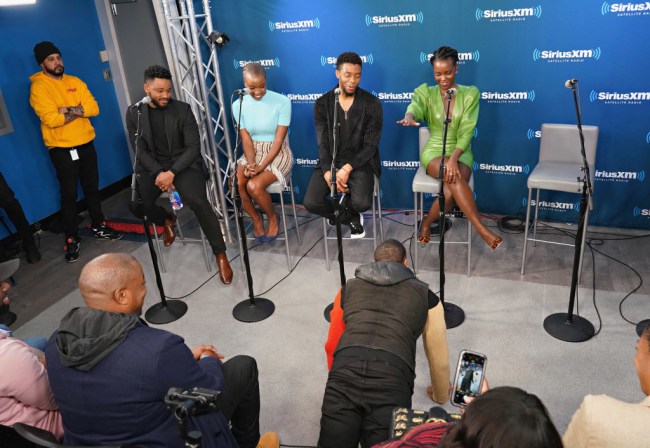 And at the Calvin Klein show during New York Fashion Week.

That’s so awesome. Wonder what the bet was about? Any guesses?