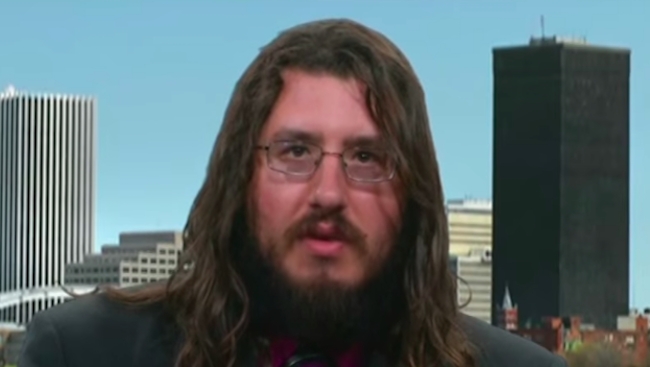 Yesterday, we learned about the curious case of Michael Rotondo, a 30-year-old who was successfully sued by his parents in order to get him to move the fuck out of their house. Despite their best efforts to help him get a job and leave what I can only assume was a room in the basement filled with empty bottles of Mountain Dew, they had to resort to a court order to force him into the real world, where he’ll be faced with the terrifying prospects of things like “getting a job to support himself” and “interacting with someone who isn’t on a forum with an excessive obsession with Japanese culture.”

Rotondo hit a major milestone yesterday when he agreed to talk to a real, actual person on CNN last night when Brooke Baldwin invited him on her show to share his side of the story. Unfortunately, Rotondo didn’t do himself any favors over the course of a conversation that’s one of the most awkward things I’ve seen in recent memory.

I’m not sure if Rotondo made the conscious effort to look exactly like you’d expect a 30-year-old who was evicted by his parents to look like or if it just happened naturally, but if it was intentional, then he deserves to be considered amongst the likes of Andy Kaufman when it comes to being one of the greatest performance artists of all time.

Either way, before you play this video, I highly suggest you strap in and prepare yourself for a roller coaster of cringe.

The conversation reeked of someone who has little experience with the outside world, but the former Best Buy employee says he “has plans” to provide for himself— without outlining exactly what those plans are (he also had an incredibly “Marco Rubio moment” with a bottle of water).

However, the best part of the entire thing was the ending, where the millennial refused to say he was a millennial until finally admitting he was a millennial. I’d like to personally thank Michael for not giving other generations any more ammo when it comes to attacking mine.