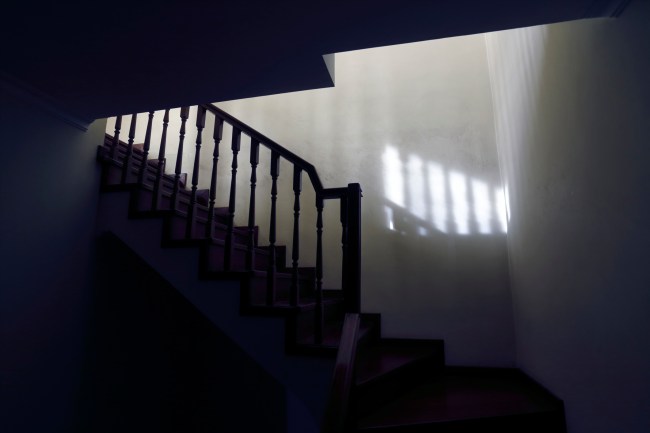 If you were just scrolling through Twitter or Facebook you might think that this was a news story from The Onion. In fact, when I saw some screen caps of headlines about this story on Twitter last night I just immediately assumed it was from The Onion and people were getting bamboozled…I was wrong, this is real life, and it is one of the funniest stories I’ve come across in 2018.

A judge in upstate New York has ruled that a couple is free to move ahead with evicting their unemployed deadbeat 30-year-old son who is living at home rent-free. The son is actually allowed to stay in the home until the parents’ lawyer drafts an order outlining the terms of eviction and an official eviction date is set, but the parents won the case and are able to move forward with the eviction.

“Michael, After a discussion with your Mother, we have decided that you must leave this house immediately,” reads the first letter, dated Feb. 2. It concludes: “You have 14 days to vacate. . . We will take whatever actions are necessary to enforce this decision.” They later offered him $1,100 to “find a place to stay” and gave him parental advice including, “organize the things you need for work and to manage an apartment” and “sell the other things you have that have any significant value.” They even implored him to start making money. “There are jobs available even for those with a poor work history like you. Get one — you have to work!” the Rotondos wrote.
But nothing moved Michael from his epic failure to launch — that is until an equally fed-up judge’s ruling Tuesday forced him to accept adulthood.
Michael was furious.
“It’s really unfair to me and really outrageous,” said the son — a self-described “businessman” who has a young boy of his own, of whom he lost custody. “I really don’t want to stay there,” he told The Post from a bus after his life-altering court loss. “I’ve been trying to leave there for a long time. They stopped feeding me, they cut me off the family phone plan.” (via NYPost)

It won’t surprise you at all to learn that 1) he has a neckbeard and 2) he represented himself in court. Also, this all takes place in Onondaga County, New York where the average rent for a studio apartment is $545 and a palatial 4-bedroom house rents for $1153/month.

KICKED OUT: A 30-year-old man was ordered by a judge today to vacate his parents' home after they sued him because he refused to leave https://t.co/GCIeNXkWsu pic.twitter.com/aIg1Pldc2N

Even after losing in court, the son still thinks he needs somewhere between 30 days and 3 months to really figure out his next move. According to the NYPost, court papers show the son saying he has money and income, and that he runs a ‘successful’ business out of the home. Which begs the question of why the fuck wasn’t he paying rent or living on his own and starting a life like a normal 30-year-old? but that’s too obvious. The real question here is what’s happening with his 2017 lawsuit for $338,500 filed against Best Buy after he was fired several years earlier for not working on Saturdays.

Here he is on camera defending his case:

Michael Rotondo, 30, speaks with reporters after a judge rules he must move out of his parents' home. https://t.co/zD9s4F6rv9 pic.twitter.com/upaHi1iDl4