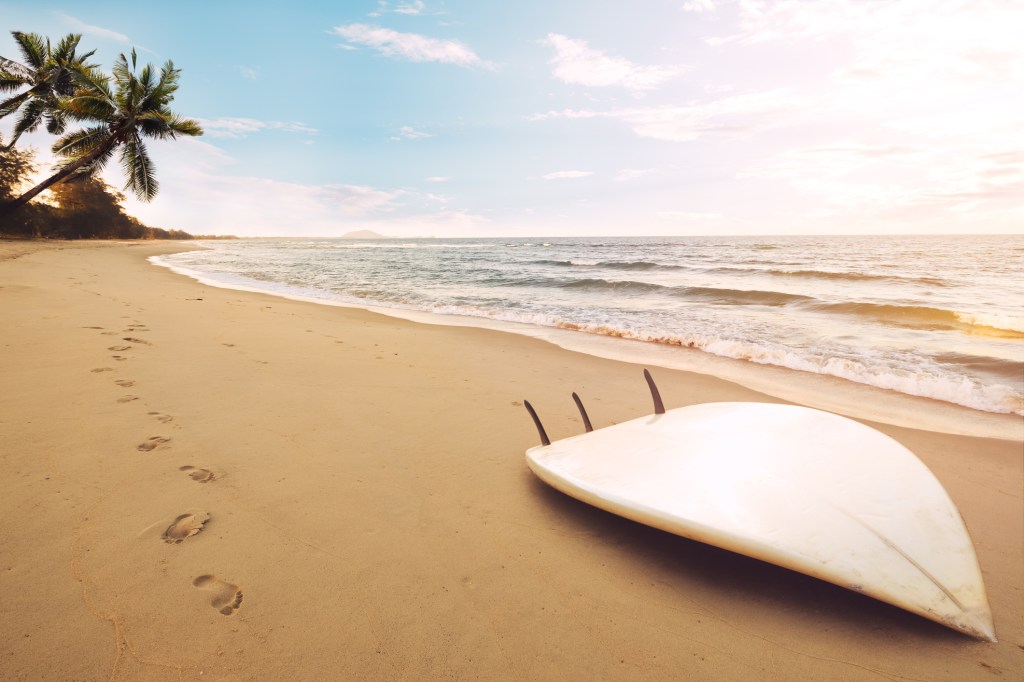 Mikey Wright is a pro surfer from Australia who is being hailed as a hero after rescuing a woman while in Oahu. He was filming a dangerous rip current from his beachfront patio (on vacation) in Hawaii when the scary rip current engulfed the beach and things went from 0 to 100 real quick.

A woman was swept into the water and fighting to get back on dry land. I’ve been caught in a rip current once in my life and it was terrifying. They’re so much stronger than I’d imagined.

Mikey Wright was filming the incident and you can hear him saying how someone needs to rescue the woman before realizing he was going to need to do it himself and that’s when he passed the camera over and sprung into action. He posted the rescue videos to his Instagram page over the weekend and they’ve been flooded with messages from other pro surfers calling him a hero for rescuing the woman in distress.

Because he posted both Instagram videos as a gallery you’ll have to swipe over to the right to see both videos, or I’ve included a re-post of the second video below this one if you’re unable to swipe:

Surfers like Joel Parko, Jamie O’Brien, Jessi Miley-Dyer, Sage Erickson, and countless others flocked to the comments to show appreciation for his quick action.

If you ever happen to find yourself caught in a rip current the advice is always to swim parallel to the rip current. First and foremost, you want to stay afloat and yell for help if you need it. Swimming parallel can be scary because you’re most likely getting pulled out to see pretty quickly while doing so and you’re seeing the shoreline rapidly get further away but you’ll move out of the rip current soon enough and then you’ll be able to swim back in.

It’s a pretty damn good time of year to be in Hawaii if you’re a pro surfer.