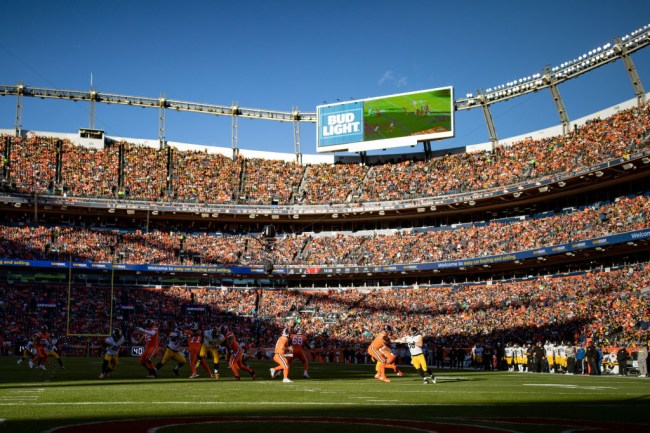 We’ve seen our fair share of frightening shit robots are now capable. Cutting-edge robotics company, Boston Dynamics, has already taught its all-electric, four-legged robot to fight autonomously and currently has the ability to correct for extraneous forces while completing a given task. Boston Dynamics founder and CEO Marc Raibert said that he believes “robotics will be bigger than the internet.”

We are starting to see artificial intelligence debut in practical services in our every day lives with companies like Draftserv, a self-service beer technology that was installed in Chicago’s United Center for Bulls and Blackhawks playoff games in 2015.

The Denver Broncos are embracing the robotics trend, using a robot known as the Bud Light Bot to pour beer for fans located in the United Club East level during Saturday’s game against the Browns at Mile High Stadium.

At Saturday night’s Broncos game for the first time at an NFL stadium there will be a robot pouring and serving Bud Light. #BroncosCountry @KRDONC13 pic.twitter.com/cbXmIHoq8z

#Broncos unveil the “Bud Light Bot” that will pour beer at #Browns-game Saturday. The robot serves beer from a bottoms-up machine that uses a special cup and magnet to pour the beer ⁦@AP_NFL⁩ ⁦@AP_Oddities⁩ pic.twitter.com/cF4MPRlM4a

The robot, programmed by MSI TEC and manufactured by Universal Robots, fills plastic cups from the bottom up using a special cut and magnet. The robot is programmed to have two people push a button at the same time to start dispensing beer.