Millennials Are Stopped On The Street To See If They Can Open A Can Of Paint And Wow, We’re All Doomed 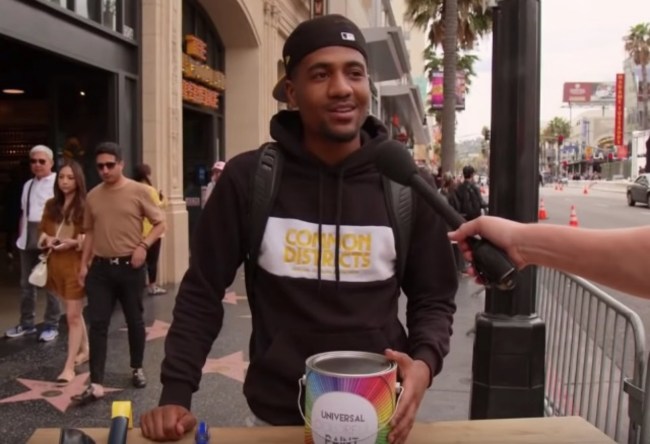 I’m always down for some solid millennial trolling and that’s exactly what we have on our hands here. On last night’s episode of Kimmel, they brought a can of paint out on the street with a collection of tools.

Only one of those tools was needed to open the can of paint. A screwdriver. If the screwdriver wasn’t used then pliers or any sort of a thin wedge would work to pry the can open.

Opening a can of paint has never changed. It’s always required the simplest of tools and it’s a task that’s been around for longer than I can even imagine. Are millennials killing paint? Let’s find out if any of these people can open a can of paint including the guy who rolls in confident as hell saying he’s from Mississippi as if this qualifies him to complete any task requiring use of the hands.

Is the inability to open a paint can really a sign that we are doomed as a society? Probably not because they cherry-picked these people off the street and I’m sure there were plenty of millennials who strolled by and easily opened that can in a few seconds.

I am, however, shocked by the dude from Mississippi who was so confident in his ability to open up a can of paint and then failed miserably. This was a brand new can too! I had to open up some paint recently that was previously opened and had been sitting for like two years and the paint and pretty much sealed the lid shut like superglue and that was a massive pain in the ass but it was still accomplishable with the same tools it takes to open a brand new can.

I guess what I’m getting at here is if you know someone who has never opened a can of paint then send them this video so they don’t get shamed by Jimmy Kimmel on the street somewhere down the line.

While you’re here you might as well check out this amazing clip of meteorologists which also appeared on Jimmy Kimmel Live last night:

I should be staying up to watch these late-night shows.