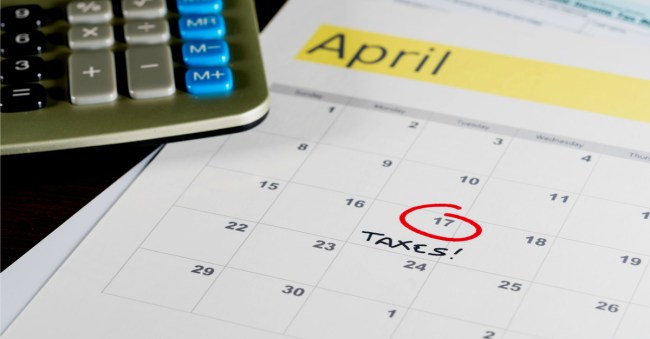 If you didn’t know that your taxes are due on April 17th this year, don’t worry, because neither did 66 percent of millennials.

A survey of 1,000 millennial Americans sought to uncover just how much they know about filing taxes, and just how they feel about the notoriously daunting process.

Taxes are due on April 17th this year because April 15th falls on a Sunday and April 16th falls on Emancipation Day (a legal holiday in Washington D.C.), making the 17th the next available government workday.

However, when presented with those three dates as options, only 34 percent of millennials correctly selected April 17th.

This survey, conducted by H&R Block, found that millennials, like many of us, could do with a bit of brushing up on how to handle tax season.

One important detail about the tax filing process is that changes in your life can significantly affect your tax return. These “life events” include things like getting married, having a kid, and even buying or selling a home.

However, only 22 percent of those surveyed were aware of how these “life events” affect how to file taxes, despite nearly three in four (72 percent) millennials having experienced at least one of these events in the past year. The most common “life events” millennials reported were changing jobs (35 percent) and working more than one job (24 percent).

Nearly half of the millennials polled reported having experienced stress, or even lost sleep, over filing taxes. Interestingly, men are affected 12 percent more than women among those surveyed.

“It’s clear from the results that a lot of millennials aren’t as confident as they could be when it comes to tax season, and as a result, could be hurting their overall return,” said a spokesperson for H&R Block. “Paying someone to do them for you can be a good way to relieve some headache, and according to the survey, a third of millennials already know this.”

The vast majority (82 percent) of millennials believe filing taxes to be at least somewhat complicated, with one in five of them (21 percent) believing it to be very complicated.

Seven in ten millennials are worried they’ll file their taxes incorrectly, which makes sense given that only one in four are very confident they’d be able to file their taxes without any errors.

Yet, despite all of the stress, and the strong possibility of leaving significant money on the table, 61 percent of millennials still file their taxes completely on their own.