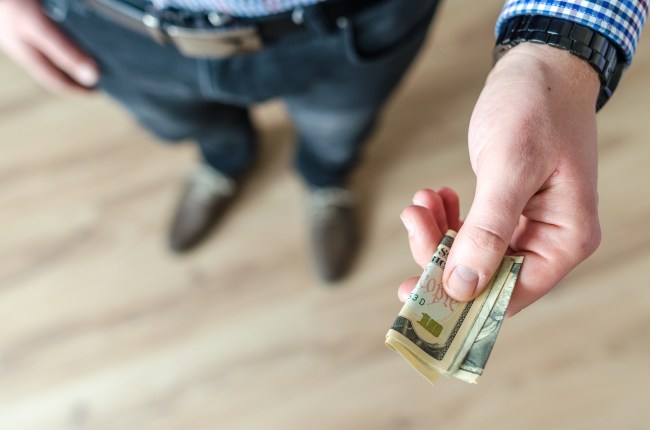 Millennials are having a difficult time saving money, we all know that. From increased competition in the workplace and salaries not adjusting to inflation from decades ago, many people in that age group can’t seem to live the type of life that they want — and a new survey from Charles Schwab revealed just how difficult some millennials have it.

That’s because, according to Schwab’s 2019 Modern Wealth report — which interviewed 380 millennials (ages 23 to 38) about their finances — 62 percent of the respondents said that they currently live paycheck to paycheck, meaning nearly two-thirds of the participants aren’t saving much money, if any at all. Is that a problem, because it seems like a problem to me.

The fact that millennials are living paycheck to paycheck more than any other generation should be concerning — especially for those like myself who falls into the category. And, while it can be easy to point the finger at bad spending habits, according to Terri Kallsen, Charles Schwab’s executive vice president of investor services, “spending is not the enemy that we might think that it is;” it’s all types of debt.

Sure, the Charles Schwab report also points out that millennials say they average about $478/month on “nonessential” purchases — like dining out, entertainment, luxury items and vacations — but that’s still less than those in the Gen X age group, who admitted to spending $587/month. That means that most young people are, in fact, overspending, which is something people tend to do when they worry about their finances, according to Farnoosh Torabi, a personal finance author and host of the “So Money” podcast.

“It may seem odd that when we look at statistics that say so many millennials are living paycheck to paycheck, but on the other hand, they’re overspending.

“When your financial life is in disarray, chances are, you will overspend,” she tells CNBC Make It. “Emotions around money lead us to make irrational choices.”

“When you’re saddled with student loan debt, when you have credit card debt, when you don’t have a lot of financial literacy, that can lead you to making unhealthy decisions with your money, including overspending.”

So how can millennials change some of their spending habits and start saving a little more each month? In a word: balance.

We all know that we probably spend too much on all sorts of stuff. From dropping $150 on the bar on a Friday and/or Saturday night to eating out for lunch everyday instead of bringing food to the office, there are tons of things we can probably cut out in order to be more financially responsible and save more each month — which can lead to saving even a little bit more each month so not to feel like we’re living paycheck to paycheck.

Another suggestion from Torabi is about surrounding yourself with like-minded people who aren’t burning through money all the time.

“If you’re hanging out with people who are constantly spending money, constantly keeping up with the Joneses, guess what — that’s going to have a big impact on your bottom line as well.”

All millennials want to live that “perfect life” they see on Instagram, hoping to keep up with their friends who travel or have financial freedom. But if you’re someone who can’t afford it, it’s important to stash away money now so that you can stop working sooner in life or take risks by starting your own company and become an entrepreneur. It’s all about balance and goals.