Dudes, An Insane Percentage Of Millennials Would Give Up Sex To Take A Friggin’ Vacation, Per New Study 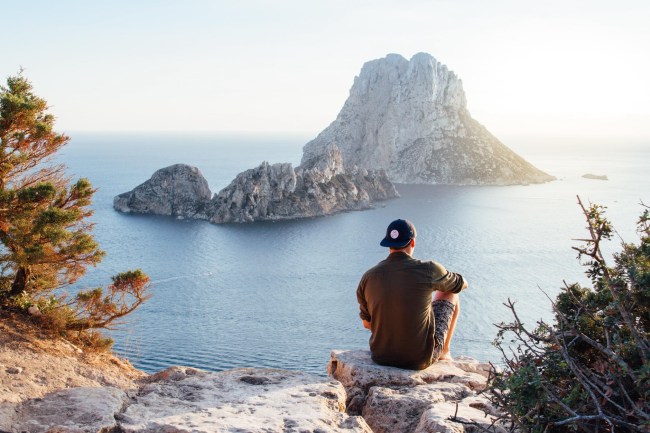 Whether you’re doing it for the ‘gram, just trying to get the hell outta the office or want to keep up with your friends who always seem to be on the go, millennials are obsessed with traveling. No, like, seriously, our generation have constant FOMO and/or OCD, incapable of staying in one place for too long because we think it’s weird.

Hey, I can’t hate on that mentality. After all, I’m guilty AF myself, seemingly traveling from coast-to-coast to visit friends and family and taking advantage of the fact that I work remotely. If I’m not spending money on degenerate things like booze and crappy food, I’m typically dropping a hefty amount of cash to travel — and it seems to be the common theme among millennials, as one study even claimed young people are more worried about affording a vacation than their student loans.

Well, the madness continues, because a piece published on The Ladders recently said millennials are willing to give up a few things in order to take vacation. Just how much would they give up? Well, shit, 57 percent of the participants actually said they’d give up sex to travel. I’m furious.

Sex isn’t the only thing a good amount of millennials would sacrifice for a trip somewhere, though. The study, which was conducted by the social travel company specifically for millennials, Contiki, also identified these other things that millennials could live without in order to travel.

OK, that’s all impressive to say in a study, but I’d like to see the 1,500 people surveyed for the study go without Netflix, coffee, alcohol, carbs, sex and their cell phone while traveling. Now that would be more impressive.

With millennial travel as popular as ever, it’s probably not too surprising to see what people would be willing to part with in order to hop on a plane. Still, given the fact that another study revealed that 65 percent of millennials view frequent traveling as a status symbol, it kind of makes me think we’re going to random ass places more for the ‘gram than the full experience. But, hey, maybe I’m just being a grumpy old man.