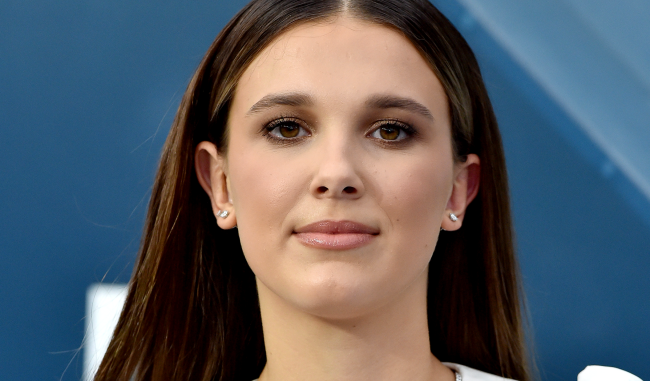 The Marvel film franchise has earned $22.56 billion in worldwide receipts. The Star Wars franchise has brought in $10.318 billion. The Harry Potter film series raked in another $7.73 billion at the box office. And 17-year-old Millie Bobby Brown, star of Stranger Things and Godzilla vs. Kong, hasn’t seen any of them.

What does it say when a 17-year-old, who makes movies, hasn’t seen a single one of the films in three movie franchises that have combined to earn over $40 billion at the box office? Anything?

In a new interview with MTV News, Brown admitted, ‘So I haven’t watched a Marvel film, ever, and I’ve never watched a DC film. News, I know.

“It’s not (my thing) but I’m open to it. I’ve just never been like ‘Oh I’m going to put on this film.’ I’m more into like The Notebook, let’s put on some romance films. I’m not crazy on that because I think I’m in it. I’m doing that stuff already, I want to see stuff that’s real.”

“I’ve never watched Harry Potter,” Brown added. “I have so many friends that just look at me and they’re like ‘How?’ and I’m like ‘I don’t know.'”

Brown also admitted that she has never watched… The Office.

Brown also revealed that Natalie Portman is basically her idol despite the fact that she hasn’t seen any of the Star Wars movies.

Of course, Brown is a little more busy than the average 17-year-old, what with Stranger Things getting closer to airing its fourth season..

“Stranger Things is, I get emotional even talking about the end, because the end to me I don’t want to think about it,” said the Enola Holmes star. “This is like my home. When I go and do a movie it’s like ‘All right, I’m gonna go home to Stranger Things, this is where I belong.'”

Speaking of season four of Stranger Things, Brown’s co-star on the show Gaten Matarazzo told Collider recently that season four is taking so long to be released in large part due to the pandemic messing with their filming schedule.