Take A Look Inside Of A $3 Million Doomsday Condo With A Movie Theater, Rock Climbing Wall, Gym And More 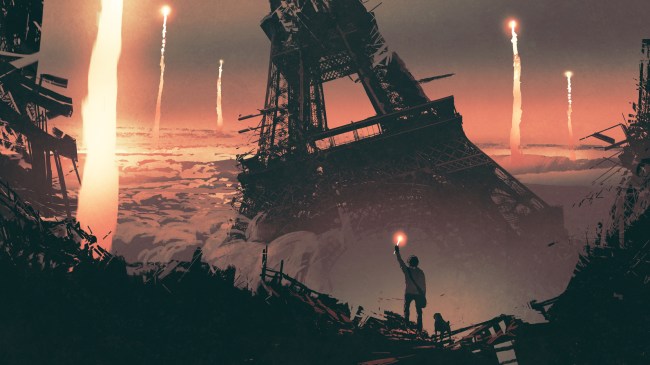 The world as we know it could end in the next five minutes. It won’t. Well, it’s at least highly unlikely that the apocalypse will happen today. But the existence of nuclear weapons all across the globe means the world could enter a nuclear winter within minutes if all hell broke loose.

The Survival Condo Project realized that there’s a market for people who want to plan for the chance of an end-of-days scenario. They invested tens of millions of dollars and converted a former US government missile silo into a doomsday-proof luxury condominium building that sells each condo for $3 million.

Initially, the idea was to build doomsday condos where people could sustain normal life for a period of two years but that quickly changed to sustaining life indefinitely. This came with the problem of creating a normal life inside of a missile silo and that meant including amenities like a gymnasium, dentist’s office, movie theater, rock climbing wall, dog park, and more.

The idea is ‘you need to make life as normal as it can be’ because our brains keep track of abnormal activity. By mimicking normal life on the surface down in the missile silo they’re able to block out the distractions.

Down in the survival bunker luxury condos, everyone will be working 4-hour work days. They’ll be doing this for several reasons. First and foremost, people need to feel productive in order to stay sane. That’s just part of life. But there will also be a ton of work that needs to be done on a regular basis down there in order to sustain life.

People will rotate jobs every 30 days. An added benefit here is after a few years everyone will become experts in every aspect of the life-sustaining processes.

Ultimately, they weren’t able to create a doomsday bunker that would sustain life forever but the project was so successful they were able to sell out every three million dollar condo before they were even done being built, and they are capable of sustaining life down there in a doomsday scenario for up to 5 years.

If you want to check out more specs and photographs of the units at the Survival Condo Project you can click that link and visit their website.