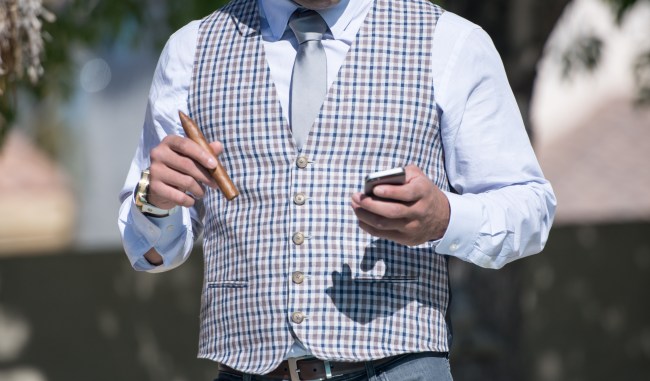 Millionaires seem to have all the fun, don’t they? From private parties to luxurious vacations to multiple houses in exotic places, the people who have the most money tend to be living life the largest; or so it seems. It’s why the majority of us all want to get filthy rich one day, so that we can live our best lives knowing that we’ve got financial security. Hey, maybe one of us will win tonight’s $750 million Powerball and have all our financial dreams come true?

Regardless of how you earn your millions — whether through solid investments, a high-paying career or winning the lottery — as long as you’ve got a hefty seven digits in your bank account, most millionaires appear to splurge on a lot of the same things. At least, that’s what a recent Business Insider story said.

According to the Business Insider piece, a millionaire named John who runs a personal finance blog and retired at age 52 with a net worth of $3 million, has spent the last few years interviewing 100 fellow millionaires about their spending habits. What he found was that they’re pretty similar, with the majority of them splurging on lots of the same things. Here’s what John discovered most millionaires he spoke to (and responded to the question of “What is your favorite thing to spend money on/your secret splurge?”) spent the most money on.

The data comes from 55 millionaires who actually responded to John’s question, whereas some refused to reply and others simply said they don’t really like to spend. Of the respondents, a whopping 75 percent of millionaires all listed the five things above, which might come as a surprise seeing as how they’re pretty basic things.

So, for those hopeful millionaires out there who think that having a fat bank account will lead you to splurging on a giant yacht with its own swimming pool and helipad for your private helicopter, you might want to rethink that dream, because the majority of wealthy people are just living a pretty normal life. Sounds kind of boring, huh?

To see the full article from Business Insider, head on over to their website.