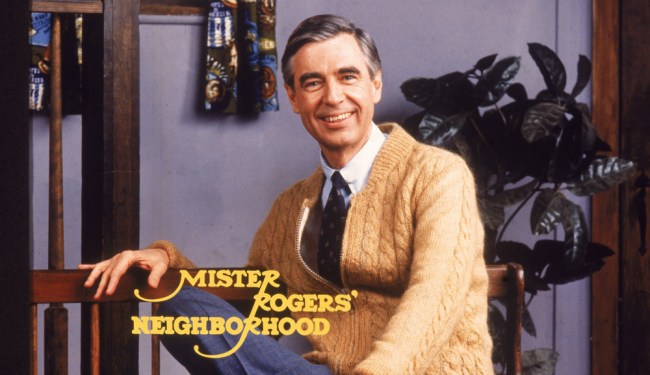 For an astounding 31 seasons and over 1,000 episodes, Fred Rogers and his friendly cast of characters appeared on TV to teach and entertain children in Mister Rogers’ Neighborhood. Starting 1963 and running until August 31, 2001, Mister Rogers’ Neighborhood was the the longest-running children’s television series, when it passed Captain Kangaroo in 1997, until Sesame Street surpassed it in July 2002.

Even after 31 seasons, most PBS stations still continued to air reruns until August, 2007, with some stations even still running the show to this day independently of the PBS feed. That’s the kind of impact Fred Rogers and his show had on America.

So it’s only fitting that a new documentary set to appear in theaters later this year entitled Won’t You Be My Neighbor? looks like it too is going to be pretty amazing.

From Academy Award-winning filmmaker Morgan Neville (20 Feet from Stardom), Won’t You Be My Neighbor? takes an intimate look at America’s favorite neighbor: Mister Fred Rogers. A portrait of a man whom we all think we know, this emotional and moving film takes us beyond the zip-up cardigans and the land of make-believe, and into the heart of a creative genius who inspired generations of children with compassion and limitless imagination.

Not that Fred Rogers was a saint. He was a man of his time, well before the glare of the internet and social media changed our world. As Collider’s Matt Goldberg (who admitted shedding a few tears watching the film) wonders, would Mister Rogers’ Neighborhood be the same if it aired today.

The question I couldn’t shake throughout Won’t You Be My Neighbor? is how we would treat Fred Rogers if he was still alive today. Rogers passed away in 2003 before the age of Internet thinkpieces, but he was already facing criticism because his show had dared to tell children they were special and had value. Also considering his criticisms of television, I shudder to think how he would react to YouTube and the Internet, which is like hyper-television with even less supervision.

Dan Fienberg of The Hollywood Reporter also points out how hard it is for anyone familiar with the show to objectively review it, saying, “It’s hard for me to judge Won’t You Be My Neighbor? on artistic grounds because mostly it’s a documentary you want to hug.”

I can only imagine.

Check out the first trailer for Won’t You Be My Neighbor? below…

Now won’t you join me for a little trip down memory lane?