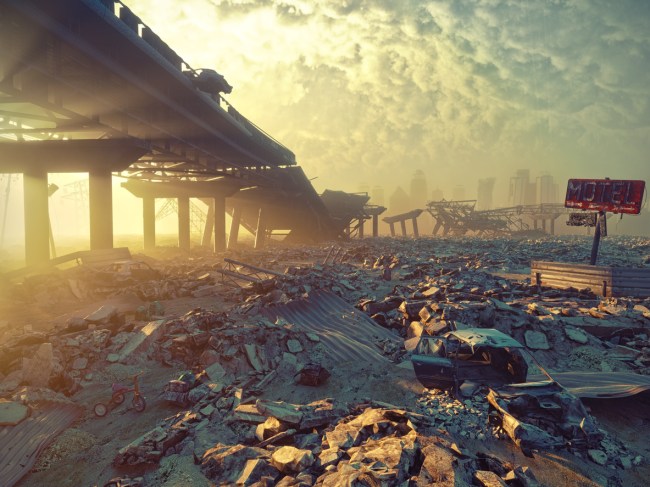 We take you back to 1972, when a team of scientists at the Massachusetts Institute of Technology (MIT) stated that human society is on a path of self-destruction by 2040. The study “The Limits to Growth,” used computer models to attempt to predict when the world could collapse.

The MIT researchers determined that a self-inflicted apocalypse would end the world as we know it by 2040. The study found that the world collapse would stem from an over-exploitation of the planet’s resources. The researchers forecasted 12 potential scenarios for the future, the majority of the future outcomes anticipated that natural resources would become so scarce that economic growth would become impossible, and that personal welfare would deteriorate tremendously, to the point that the world would look unrecognizable.

The study was commissioned by the Club of Rome, an international group of “notable scientists, economists, business leaders and former politicians” that seeks to “define comprehensive solutions to the complex, interconnected challenges of our world.”

Gaya Herrington, a Dutch sustainability researcher and adviser to the Club of Rome, revisited the 1972 MIT study and unfortunately found that humanity is right on track for world collapse by 2040 as long as we continue the Business as Usual (BAU) scenario.

“Given the unappealing prospect of collapse, I was curious to see which scenarios were aligning most closely with empirical data today,” Herrington said. “After all, the book that featured this world model was a bestseller in the 70s, and by now we’d have several decades of empirical data which would make a comparison meaningful. But to my surprise, I could not find recent attempts for this. So I decided to do it myself.”

“Economic and industrial growth will stop, and then decline, which will hurt food production and standards of living,” Herrington said. “In terms of timing, the BAU2 scenario shows a steep decline to set in around 2040.”

Herrington, who conducted the new study as part of her Harvard master’s thesis, noted that the world collapse “does not mean that humanity will cease to exist,” but instead will obliterate our current way of life.

Herrington, who has a degree in econometrics from the University of Amsterdam and a master’s in sustainability from Harvard, also says the road to self-destruction is not set in stone and we can change the trajectory.

“It’s not yet too late for humankind to purposefully change course to significantly alter the trajectory of [the] future,” Herrington stated in her study. “Effectively, humanity can either choose its own limit or at some point reach an imposed limit, at which time a decline in human welfare will have become unavoidable.”

So go and live your best life because apparently we only have 19 more years of living at this level of comfort.

RELATED: How Is The End Of The World Going To Happen? It Might Have Something To Do With The Sun