How Is The End Of The World Going To Happen? It Might Have Something To Do With The Sun 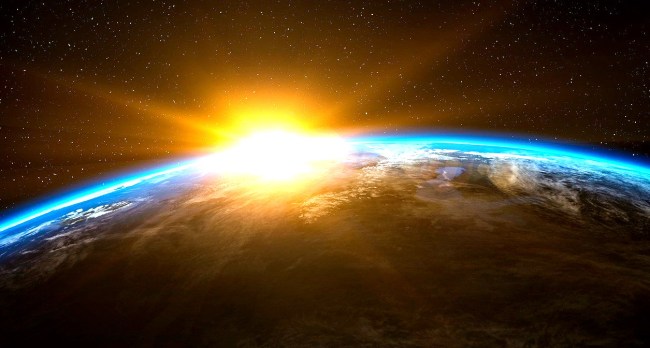 Here we go, folks. We may have finally figured out how the end of the world is going to happen. For real this time.

And yes, I am aware that none of the doomsday predictions we’ve covered in the past like the apocalypses that were supposed to occur in July and September of 2016, the three predictions in January of 2017, again in February, twice in May, and December, then again in January, April and July of 2018, and yet again in June, October and November of 2019, as well as in February, June, and December of 2020 have actually came true.

However, the predicted doomsday dates of sometime in the years 2028 and 2240 cannot be ruled out… yet.

While this latest apocalyptic prediction doesn’t come with an actual date (maybe it will happen in 2028 or 2240), it does narrow down the “how” it will happen, which is certainly good to know.

Awhile back, Dr. Mark Morris, a professor of astronomy at UCLA, explained that the apocalypse has a very good chance of being caused by the Sun.

This bit of important information was brought to the fore over the past week by the always informative Daily Express.

Morris has been conducting research on the center of the galaxy, what’s going on there, and on dying stars – stars that have reached the end of their lifetime – something that the Sun will also eventually experience.

So he knows his stuff.

Here’s how he breaks it down…

“There’s every expectation that in about five billion more years, that our Sun will swell up to become a red giant,” Morris explained.

The Earth skimming the surface of the Sun does sound pretty bad. (FYI, one astronomical unit is around 93 million miles. Not that much in terms of space. Also, five billion more years is just a guess. An educated guess, but no one really knows. Apocalypses in the years 2028 or 2240 are still not out of the question.)

Now check this out. Being that close to the Sun would mean everything gets torched from the heat, right? That might not be what ends humanity, says Morris. The Sun will be dead, but its core will still be hot, until it collapse in on itself.

“A star that big is also cool because they’re cold – red hot versus blue hot or yellow hot like our sun,” he explained. “Because it’s cold, a red giant star at its surface layers can keep all of its elements in the gas phase.

“That may seem like a minor issue, but in fact these dust grains carry the gas with them. And so the star literally expels its atmosphere, and goes from a red giant star to a white dwarf, when finally the core of the star is exposed.

“Now, as it’s doing this, that hot core of the star is still very luminous and lights up through a fluorescent process, this out-flowing envelope, this atmosphere that was once a star, and that’s what produces these beautiful displays that are called planetary nebulae.”

Still with us? Okay, good.

The point Morris is trying to make is that whether this happens in five billion years, in the year 2028, or the year 2240, it IS going to happen. So there you go. Mystery solved. Right?