Welp, We’re All F*cked Now, ‘Evidence’ Found In The Bible Also Says The World Is Going To End Any Day Now 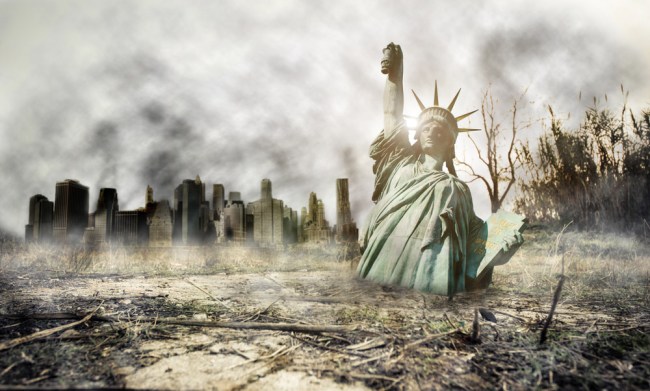 We aren’t even a full two months into 2017 and we’ve already had three prophecies say we’re in deep shit, apocalypse-style.

First, we had Nostradamus’ Doomsday Prophecy to worry about.

Then we were told that Nibiru, aka Planet X, is going to hit the Earth in an apocalyptic collision this October.

And as if that wasn’t enough, we got news that an asteroid was headed our way in a few days causing a “devastating tsunami.”

Now, comes a FOURTH prophecy from totally not crazy Christian website Signs of the End Times that evidence in the Bible says this is it for us. 2017 is looking like it will definitely be our last year on Earth.

What you are about to discover in this site is amazing evidence that we in 2017, are living right in the end of times for this world as we know it. The prophecy of Daniel 2 alone shows we are in the ‘time of the end’, and all the other evidence proves we are in the very end times. The Biblical signs are clear for all to see, and after reading through this site with open eyes, even the scoffers will struggle to argue against it.

See that? Even SCOFFERS won’t be able to argue with this rock solid prediction. Stupid scoffers…

Sure, many people throughout history have been proclaiming that they were living in the last days and the end of the world was nigh, and some of the Bible signs have always existed from the early days. But never has there been a time before when ALL these events were evident in so many diverse places and with such frequency and intensity. Our Generation is the FIRST generation to fulfill ALL the biblical signs.

That’s true, a slew of other end of the world predictions have failed to materialize in the past, but this one, this one is totally legit, bros.

If you take into consideration all the signs, there is no mistaking that our generation is living in the last days, nearing the second coming of Jesus. Problem is, Satan can see how close we are to the end of the world, which is why he brings certain ‘end times groups’ into the spotlight, proclaiming false dates for the second coming, which when those dates come and go, causes many people to turn away completely from the truth.

Don’t let Satan turn you away from the truth, bros! The signs are listed RIGHT THERE on their web site.

I don’t know about you but I am going to get all fucking, drinking and partying in as I can now because once we’re gone that’s it. No one will be left but the cockroaches. You’ve been warned.