Planet X Is Still Coming To End The World, World Leaders Are Just Covering It Up, Say ‘Experts’ 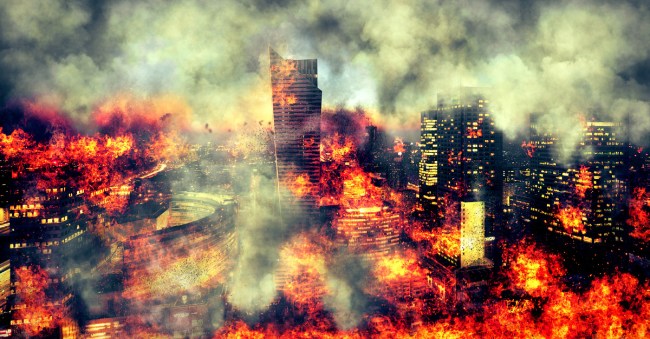 Okay, okay, okay… Yes, “experts” have been predicting a lot of doomsday prophecies lately and pretty much, well, ALL of them have not come true. So I 100 percent understand your skepticism if you aren’t buying their theories about Planet X (not to be confused with Earth X) this time.

That being said, rest assured, these “experts” have finally got it right now. We don’t actually have a date when the world will end for you this time, but you still really need to heed their warnings this time.

Forget that prediction back in July of 2016, and the one in September of last year.

And don’t pay any attention to the three predictions they made in January.

Or the prophecies they claimed were forthcoming in in February and those two others in May.

None of those matter now. Planet X, also known as Niburu, is STILL HEADING OUR WAY!

You see, there’s a reason that the world didn’t end on November 19th like they predicted, according to “expert” Matt Rogers, who studies this sort of thing, reports the Mirror.

Matt has an explanation. He believes that world leaders are trying to cover up the truth about Planet X, in a bid to avoid mass panic.

Amazingly, he claims the moon and the sun are being used to hide the mythical planet and that authorities are spraying chemicals into the skies to obscure Nibiru from the naked eye.

In a new video which appears to show an image of the moon, captured from Austria, Matt says: “Looking up we should see the moon, not that beam of light.

“I do believe they are using another reflector up there – it does look very strange. That is not the moon. I have seen the moon on webcam images and even with binoculars, the moon does not cause this blue sky around it.

“People state they can’t see the stars at night, it is being lit up. It is absolutely without a shadow of a doubt that is not the Moon – it is too bright, too white.”

Damn. Bro even has videos to “prove” his claims…

Do you really need more proof that something funny is going on with the moon? Okay, fine. Check this out…

It doesn’t matter that NASA has said “Planet X can’t possibly exist because its gravitational forces would have already stripped Earth of its moon.”

Did you not see Buffalo Bills wide receiver Zay Jones defy gravity a couple weeks back?!

If that isn’t definitive proof that the apocalypse is near then I just don’t know what to tell you.