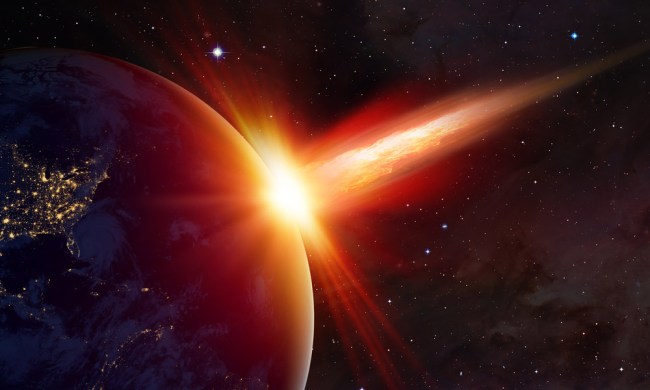 Aww man, we’ve got another doomsday prophecy on our hands, this time it’s by an archaeologist so you know that it’s REALLY GOING TO HAPPEN.

Forget all those other theories about the Apocalypse that failed to come to fruition, this one’s legit. I can feel it.

According to author and archaeologist Graham Hancock we’ve only got 13 more years left on this planet before we’re all wiped out just like what happened 13,000 years ago.

What’s that? You aren’t familiar with that story? Hhere, let the Daily Mail fill you in on the first time humanity was wiped from the planet…

[Hancock] thinks that what hit Earth in 10,950BC was actually a massive piece of debris in the Taurid meteor stream, a belt containing millions of space rocks.

Hidden within that belt, according to astrophysicists, is an unexploded bomb of a planetoid, a superheated rock like an orbiting hand grenade.

Sealed inside its thin crust is a boiling mass of tar, building up pressure until it detonates. Thousands of white-hot boulders, a mile or more across, will be set spinning through the meteor stream . . . but we cannot say for certain when that will occur.

Many of these asteroids could be three times the size of the one that hit our planet 65 million years ago, wiping out the dinosaurs.

If one of those strikes, it could quite literally bring about the end of the world. And we are due to cross the Taurid meteor stream in 13 years, around 2030.

That…sounds pretty serious, folks. Better get all your living in over the next decade or so before it’s too late.