Bible Scholar Has FINALLY Figured Out When The End Of The World Will Actually Happen, Maybe 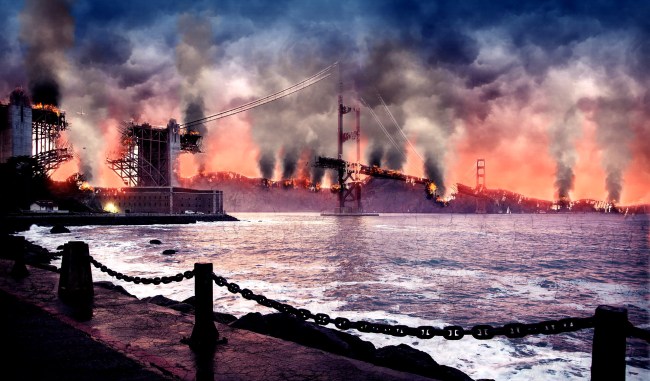 I know, I know, here we go again with another doomsday prophecy like the ones we’ve read about in the past that were supposed to occur in July and September of 2016, the three predictions in January of 2017, again in February, twice in May, and December, then again in January, April and July of 2018, and yet again in June, October and November of 2019, as well as in February and June of 2020, that all failed to happen.

This time, THIS TIME, however, we may actually have an apocalypse date firmly nailed down.

After all, if you can’t trust the theories, predictions and math of a guy nicknamed “The Bible Memory Man” after he memorized more than 20 books from the Bible, who can you trust these days?

Professor Tom Meyer, an expert in Bible studies and Middle East languages at Shasta Bible College and Graduate School in California, explained exactly when it is all going to go down to the Daily Express.

“According to the ancient Hebrew calendar, the year isn’t 2020 AD but rather 5780, meaning 5,780 years have passed since the God of the Bible created the heavens and the Earth,” revealed Meyer.

“The starting date comes from a genealogy within the book of Genesis. Genesis 5:1 through 6:8 is a written account of the descendants of Adam including their ages at the time of the birth of their firstborn son.

“Using Genesis 5 and other ancient Jewish sources – like Seder Olam – Jewish scholars deduce the duration of time from creation to Noah’s flood to be 1,656 years; adding to that the duration from the flood until today brings the total to 5,780 years.

So hang on now… carry the three….. that means that the world is going to come to an end in the year… 2240? Yes, he says. But how exactly did Meyer come to this monumental conclusion?

Ancient Jewish scholars also speculated the world would end after “six days” or rather 6,000 years.

“This hypothesis is patterned after the account of God creating the world in six days and then resting on the seventh day,” Meyer explained.

“When we reach ‘six days’ or 6,000 years after creation – which translates to the year 2,240 AD in the Gregorian Calendar – the world as we know it will come to an end and be followed by a Sabbath or one day – in this case 1,000 years – of rest. This Sabbath is the 1,000-year reign of the Messiah on earth as recorded in the book of Revelation.

“According to this ancient Jewish theory, 220 years from now a Messianic age will appear on Earth.”

You with him so far? Because it’s starting to get a little complicated. I hope you are, because he’s about to take us home.

“According to the Bible, during this seventh day or the 1,000-year reign of the Messiah on Earth numerous wrongs will be put right by God: Satan will be bound, evil governments will be held in check, and there will be a literal restoration of the damage done to the land and sea.”

Meyer does, however, leave himself an out, adding from scripture, “But of that day and hour knoweth no man, no, not the angels of heaven, but my Father only.”

Sneaky. Use the Bible to pick the date of the apocalypse, then use the Bible to cover yourself if it doesn’t happen. I see you working, Professor Meyer.

Related…
• Researchers claim chances of a ‘massive’ disaster worse than coronavirus are just 1-in-3
• Planet X, AKA doomsday planet Nibiru, has returned, sparking more end of the world theories
• Conspiracy theorists tie Nibiru, AKA hidden doomsday Planet X, to the current pandemic
• Uh oh, a ‘doomsday vault’ buried deep in the Arctic just added a bunch of supplies in preparation for the apocalypse
• Apocalyptic asteroid will hit in the next decade and space agencies are covering it up, says biblical scholar
• Humans could become extinct in the near future and most people don’t really care, says new study
• The University of Oxford has disturbing news about the chance of human extinction within the next year
• Experts claim the apocalypse is closer than we think as a ‘zombification’ parasite may have already infected humans
• Mayan calendar researcher says new calculation suggests ‘serious problems are coming our way’
• Planet X Nibiru Will Appear On April 23 To Signify The End Of The World, So Plan Accordingly
• Planet X Is Still Coming To End The World, World Leaders Are Just Covering It Up, Say ‘Experts’
• Mark Your Calendars, The World Is Going To End On November 19th… No, Really, It Is This Time
• Heads Up, An Asteroid From A Hidden Planet Is Going Hit Earth Causing A Devastating Tsunami NEXT MONTH!
• Doesn’t Matter Who’s President, Because A Rogue Planet Is Heading For Earth To ‘Destroy All Human Life’