The Mayans Got It Wrong, The World Is Going To End On December 21, 2020, Says Bible Expert 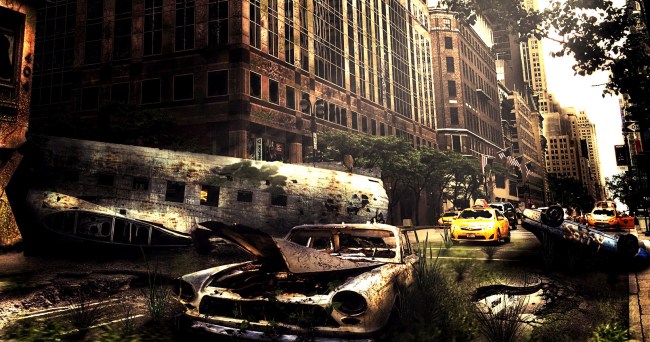 Okay, so… doomsday prophecies, like the ones we have read about in the past in July and September of 2016, the three predictions in January of 2017, again in February, twice in May, and December, then again in January, April and July of 2018, and yet again in June, October and November of 2019, as well as in February and June of 2020, have failed to actually materialize.

Does that mean we should just always ignore them from now on? Heck no!

Need I remind you people that American Horor Story: Apocalypse, A Quiet Place, The Last Man on Earth, and Pacific Rim all take place in the year 2020?

With that out of the way, it’s now time to pay heed to prominent Christian evangelist Paul Begley who says the Mayans got it all wrong when they tried to predict the end of the world.

While many have claimed the Mayans believed that the year 2012 would be when we all meet our demise, which obviously did not happen, Begley says they made a mistake and the apocalypse is actually going to come on December 21, 2020.

Ignore the fact that December 21, 2020 also just so happens to be Begley’s birthday. Merely a coincidence, I am sure.

The Daily Express reports Pastor Begley said, “Of course, the Mayan elders said this could have been the end of the world today. They might have made a mistake.

“Well, they obviously made a mistake on December 21, 2012, so they said maybe today would be the end of the world.”

“And they made a prediction if this wasn’t the end of the world today, certainly my birthday will come again,” he continued. “December 21, 2020, during the great conjunction when Jupiter and Saturn come within 0.1 degrees of one another and create the brightest star in the skies since the star of Bethlehem.

“It will be the closest Jupiter and Saturn have been since 1623 and it won’t even come that closes again for another 500 years. So this is so rare and it’s going to be on the winter solstice.

“It’s going to be on December 21, 2020. The Mayans now reorganizing and saying this could certainly be the end of the world as we know it.”

The Mayans are now reorganizing? Well then… this time it’s going to happen for sure.

I mean, if we can’t trust this guy, who can we trust?

Previously…
• Researchers claim chances of a ‘massive’ disaster worse than coronavirus are just 1-in-3
• Planet X, AKA doomsday planet Nibiru, has returned, sparking more end of the world theories
• Conspiracy theorists tie Nibiru, AKA hidden doomsday Planet X, to the current pandemic
• Uh oh, a ‘doomsday vault’ buried deep in the Arctic just added a bunch of supplies in preparation for the apocalypse
• Apocalyptic asteroid will hit in the next decade and space agencies are covering it up, says biblical scholar
• Humans could become extinct in the near future and most people don’t really care, says new study
• The University of Oxford has disturbing news about the chance of human extinction within the next year
• Experts claim the apocalypse is closer than we think as a ‘zombification’ parasite may have already infected humans
• Mayan calendar researcher says new calculation suggests ‘serious problems are coming our way’
• Planet X Nibiru Will Appear On April 23 To Signify The End Of The World, So Plan Accordingly
• Planet X Is Still Coming To End The World, World Leaders Are Just Covering It Up, Say ‘Experts’
• Mark Your Calendars, The World Is Going To End On November 19th… No, Really, It Is This Time
• Heads Up, An Asteroid From A Hidden Planet Is Going Hit Earth Causing A Devastating Tsunami NEXT MONTH!
• Doesn’t Matter Who’s President, Because A Rogue Planet Is Heading For Earth To ‘Destroy All Human Life’