Uh Oh, A ‘Doomsday Vault’ Buried Deep In The Arctic Just Added A Bunch Of Supplies In Preparation For The Apocalypse 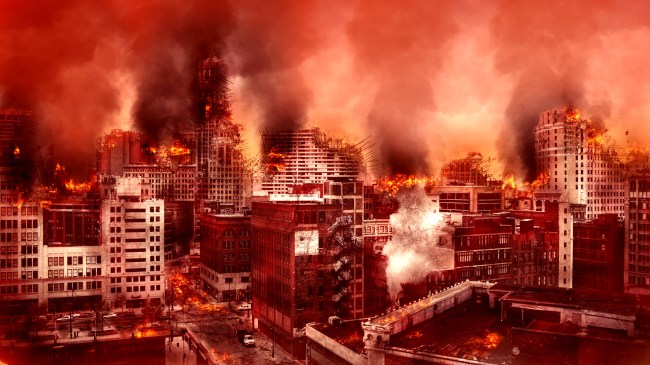 Over the past few years we have read numerous doomsday prophecies claiming that the end of the world is near.

We heard about it in July of 2016, and in September that year. And then three predictions that were made in January of 2017. And those other times the world was doomed, like in February of 2017 and those two times in May, December of 2017, and again in January, April and July of 2018, and yet again in June and October and November of 2019.

And those don’t even count the number of times that we have been threatened by apocalyptic asteroids.

Thankfully, none of those concerns about an impending Armageddon have actually materialized and we humans are still here tearing shit up. But for how much longer?

That is a real concern for the folks in charge of a “doomsday vault” located approximately 800 miles from the North Pole in Norway’s Svalbard archipelago, the Daily Express reports.

The vault, launched in 2008, which has been called a modern day Noah’s Ark, just added 60,000 new food seed samples this week because, according to the head of the genetic bank of the Nordic nations, Lise Lykke Steffensen, “It’s more urgent than ever that we act now to protect this diversity before it really is too late.”

Stefan Schmitz, who manages the reserve as head of the Crop Trust, said: “As the pace of climate change and biodiversity loss increases, there is new urgency surrounding efforts to save food crops at risk of extinction.

“The large scope of today’s seed deposit reflects worldwide concern about the impacts of climate change and biodiversity loss on food production.”

Among the dozens of seed samples that are being stored are wheat, rice, wild varieties of European apple trees, beans, squash, and corn from the Cherokee Nation.

Prince Charles has even contributed 27 different seeds for wild plants collected from the fields of his country estate.

The total number of seed varieties being stored in the “doomsday vault” which can hold up to 4.5 million samples, with the latest additions currently sits at 1.05 million and includes over 5,000 different species of plants.

But hey, I’m sure there’s nothing to worry about. Not that anyone is.