People Are Freaking Out Because ‘American Horor Story: Apocalypse’ Takes Place In April Of 2020 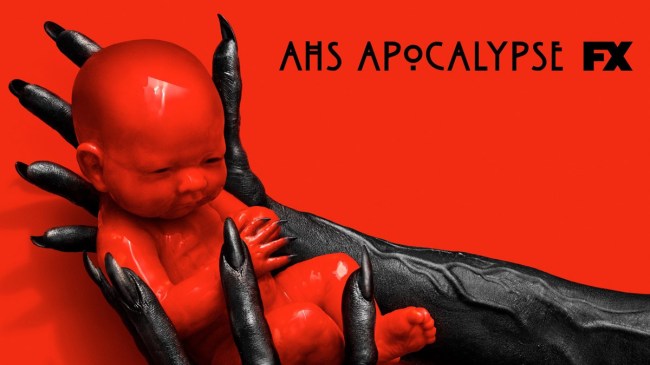 As if it weren’t bad enough that Ryan Murphy’s American Horror Story predicted the outcome of the 2016 U.S. Presidential election in the first episode of season seven’s AHS: Cult, now people are being reminded that American Horror Story: Apocalypse says the end of the world comes in… dun dun dun… April of 2020.

Needless to say, the timing of this revelation has left a lot of people rather freaked out.

Of course, as we have seen many times in the past, doomsday prophecies, like the ones we read about in July and September of 2016, the three predictions in January of 2017, again in February, twice in May, and December, then again in January, April and July of 2018, and yet again in June, October and November of 2019, as well as in February of 2020, no matter how much people want to believe in them, never come true, right?

And no television show has the ability to accurately predict major world events years before they actually happen, right?

The Simpsons has predicted it again!

And it’s a sheer coincidence that both the apocalyptic movie A Quiet Place and the end of the world based TV show The Last Man on Earth each took place in the year 2020, right?

Not everyone is so sure.

American horror story apocalypse takes place in April 2020…..do what you will with that information

Re-watching AHS Apocalypse and not only does it take place in April 2020, but they also say it's WWIII which is how this crap shoot of a year started (allegedly), and this is no longer entertaining @MrRPMurphy

So apparently in American horror story apocalypse, the Apocalypse takes place in April 2020.

All I'm saying is American Horror Story made a season about Trump winning the election and then the next damn season was about the apocalypse….

So i had forgotten that in American Horror Story: Apocalypse the date of the world ending was April 2020.

American Horror Story Apocalypse got me really thinking about what’s currently going on in the world.

Damn. AHS got this one right, huh?

Seriously. Is Ryan Murphy a card-carrying member of the Illuminati and has been subtly trying to send us all some sort of message, warning us in advance of our fate in the year 2020?