Moby Responds To Natalie Portman Calling Him A Creep For Claiming They Dated, Pours Gas On Fire 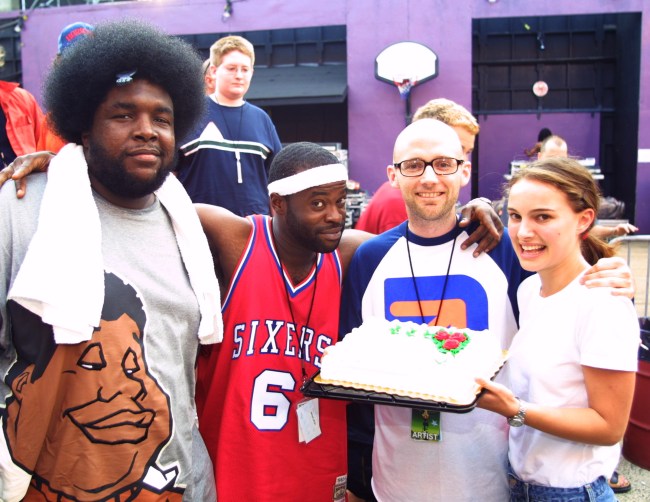 The Moby and Natalie Portman feud is the celebrity brouhaha I never knew I needed. Dump it out of the baggy, use a credit card to break it up into fine powder, roll up a twenty dollar bill, and snort it up my schnoz into my brain.

If you’re not familiar with the genesis of the exchange, I wrote about it yesterday, or you can read the Pink Monkey version below:

Moby recently came out with a memoir titled “Then It Fell Apart,” in which he claims that Natalie Portman flirted with in his dressing room when he was 33 and she was 20. He then alleges that the two started dating and that he “tried to be her boyfriend,” but she ended it after meeting someone else.

Natalie then revealed to Harper’s Bazaar that she characterized what Moby deemed to be a relationship as “a much older man being creepy with me when I just had graduated high school.” Portman alleges she was not 20 years old,  but a teenager.

Welp, Moby responded to assertions the actress made about him being “inappropriate” and “creepy” with a photo of the two Moby claims to be from 1999.

I recently read a gossip piece wherein Natalie Portman said that we’d never dated. This confused me, as we did, in fact, date. And after briefly dating in 1999 we remained friends for years. I like Natalie, and I respect her intelligence and activism. But, to be honest, I can’t figure out why she would actively misrepresent the truth about our(albeit brief)involvement. The story as laid out in my book Then It Fell Apart is accurate, with lots of corroborating photo evidence, etc.
Thanks,
Moby

Ps I completely respect Natalie’s possible regret in dating me(to be fair, I would probably regret dating me, too), but it doesn’t alter the actual facts of our brief romantic history

Moby is taking absolute grenades in the trenches right now. 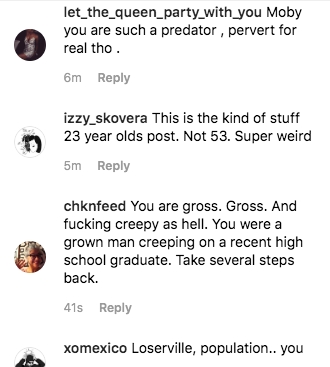 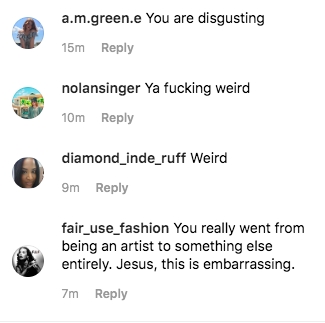 Moby’s mentioned got so flooded he resorted to a last ditch effort: posting a photo quote.

Dear trolls,
While I’m flattered by the attention, I just don’t know if the best use of your time and your life is hating a stranger based on egregiously limited information. I mean, when you are on your deathbed do you really want to think, “at least I spent my time hating strangers on social media”?
It is of course your life, but I just have to assume there are better things to do with your time…but again, thank you for all of the attention, it’s very flattering.

Wait out the storm, Moby. The mob will move on to something else in 24 hours.